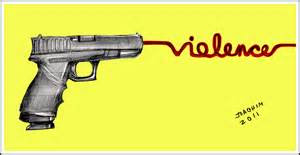 According to the Violence Policy Center, "...Concealed handgun permit holders are responsible for at least 849 deaths not involving self defense since 2007, including 29 mass shootings that killed 139 people. That's close to 100 gun deaths per year from those cowboys who think they are protecting the public. It's time to put on the brakes and start limiting concealed carry to only those with a special need. I have talked to several of these people and they consider this a right given under the 2nd Amendment and it is not.

The VPC exclaims, “Our research makes it clear that allowing more guns in public places is making us less safe.” The organization's  Legislative Director Kristen Rand states, “It’s also clear that state lawmakers who weaken concealed carry laws increase the risk that even more of these tragic, fatal incidents will occur.” Like Arizona, where the only requirement for a concealed carry permit is that the person must be a warm body. Pathetic.