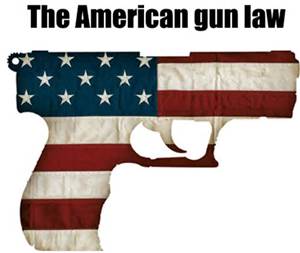 Members of Congress, including some Democrats, answer new gun control legislation with, 'Just enforce the current gun laws.' During Barack Obama's town hall on guns broadcast on CNN last Thursday, he at least partially answered the question. These same members of Congress "...then cut (Bureau of Alcohol, Tobacco, Firearms and Explosives) budgets to make it impossible to enforce the law," he said.

An example is my post yesterday connecting new Speaker, Paul Ryan, to "voodoo economics" in his 2014 budget, designed to cut taxes to the bone, eliminating needed programs like those above. Another vivid illustration is the GOP action, initiated and backed by the National Rifle Assn. (NRA) some years ago that refuses to allow the CDC to release figures on gun violence. These valuable statistics would allow the government to prioritize gun laws.

And then while Obama was actually speaking at the CNN town hall on guns, the NRA boneheads, who didn't attend the town hall, tweeted to the President, "If the goal is to save lives, then prosecute criminals." Wayne LaPierre, NRA head, just keeps putting out the same old shit.
at January 15, 2016