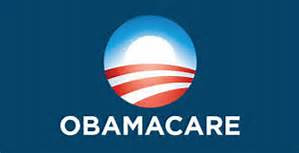 Over 50 times now the dunce cap kids have tried to repeal The Affordable Care Act that has more people covered for their health care needs now than ever before. Okay, I hear the naysayers, and yes there are still problems that have to be fixed but what if they had given up on Social Security and Medicare during their trying times? In the MSNBC article, one reader posed this question:


"I know that republicans will do whatever the NRA wants because of the millions of dollars that they receive in bribes. What I'm not sure about is why they are so stuck on continually trying to abolish or not fund Obamacare? Who has bribed them on this one?"

That's an interesting question and raises another equally absorbing query; just who has the GOP's gonads on this one. One would need only to look at the health care industry and health professionals. The GOP and conservative groups receive far more in donations than Democrats and Progressive organizations. Which would indicate to me that if you are a Republican politician, you're in it for the money. Sure, the Dems do it but the scales are weighed heavily toward the GOP when it comes to taking money for favors.

Of course there is still that factor of animosity toward Barack Obama and anything he has or is trying to accomplish in his presidency. This will perhaps go down in U.S. history as the most egregious act ever perpetrated by a Republican Congress.
at January 11, 2016