Gun manufacturers depend on gun nuts with double-digit IQs 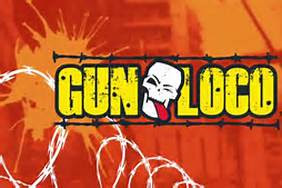 I should have made a parody out of this piece since it is so farcical. But just visualize this scenario. President Barack Obama opens his mouth about some reasonable gun control and thousands of gun nuts go rushing to their nearest weapons supply store and stock up on handguns and assault rifles. No matter that all these short supply brainiacs already have an arsenal of each, bought the last time President Barack Obama opened his mouth about reasonable gun control.

It's the NRA plan, led by Wayne LaPierre, and the gun manufacturers pay him well to pump up these stooges to do their bidding. And it has worked. There has been another rally in gun stocks because the stock market knows their coffers will swell significantly when LaPierre's puppets hit the streets and storm the gun stores.

It's like the little old lady who gives her last $2 to charity; some of these gun addicts probably have trouble putting food on the table but will still purchase an AR-15. This has gotten so pathetic that some of these people should probably be committed. But that won't happen and gun manufacturers will go on selling more guns, some of which will end up on the street and take part in future daily killings and mass shootings.
at January 08, 2016