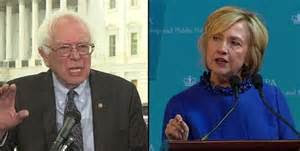 Hillary Clinton led Barack Obama 30% to 24% at this same point in the 2008 Iowa caucuses. She leads Bernie Sanders an average of 53% to 37% in this past month. Nate Silver, 538's founder and editor, thinks Bernie could catch up and capture the state, making New Hampshire a tougher win for Clinton. Where we disagree, Silver believes Clinton will still get the nomination. I certainly don't have the data that 538 does--dating back to 1980--but Bernie Sanders has a campaign momentum that might be explained by the following numbers.

It's the young vote; this group is 97 million strong and likely to surprise the pollsters starting in February through November of 2016. It did wonders for Obama in 2008, due to his stand for change, and Bernie Sanders Revolution is exciting this same collection of youth in 2015/2016. 61% of that 97M is registered to vote or over 59 million. 49% of that 59 million voted in 2012 or more than 29 million.

As an example, according to the Washington Wire, Iowa figures show that 60% of this age group supports Bernie Sanders for the February Caucuses. And in New Hampshire, where he leads Clinton now, Bernie has 55%. Nationally, he is viewed positively by 45% of age 18-34, 37% 35-49, 33% 50-64 and 35% 65+. There is a hushed underground working fervently for Bernie Sanders that most of the pollsters are ignoring; it is obvious to me daily from the correspondence I receive on the Sander's campaign.

I have been supporting and covering Bernie Sanders from the first day he entered the race and plan to be around when he is nominated in July.