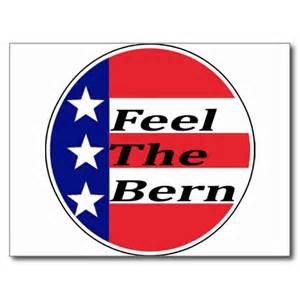 A new Quinnipiac University poll out today places Bernie Sanders with 49% of likely Iowa Democratic Caucus voters with Clinton at 44%, a five point lead. Just recently Clinton led Sanders by three points.  The men are 61 to 30 percent for Bernie, the women 55 to 39 percent for Hillary. And Sanders favorability with this same group is 87-3 compared to Clinton's 74-21. Hillary Clinton does lead Bernie Sanders when it comes to who would win in the general election, 85% to 68%.

In the New Hampshire Primary, Bernie has taken a significant lead of 14-points over Hillary, 53% to 39% in todays Monmouth University poll. With 52% of New Hampshire primary voters completely decided on who they will support, in addition to the 53% currently supporting Sanders, "... another 20% of primary voters say they could end up voting for him on February 9th instead of their current choice.

For the General Election in November, Bernie Sanders against the GOP leading candidate, Donald Trump, 51 percent to 38 percent, but Hillary Clinton only 44 to 47 percent, both Quinnipiac polls.