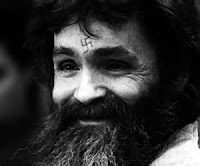 Charlie Manson talked to his many followers about the racial wars that would come, naming them Helter Skelter.  It was at a New Year's Eve gathering of the Family in 1968 that he coined the term. He said blacks without an outlet for their frustrations would lash out in violent crimes against whites resulting in a murderous rampage against blacks by frightened whites, as recorded in Wikipedia. Although Charlie's goal was a Shangri-la for his family and an outlet for his music, what he described as the events leading up to it, Helter Skelter, were very similar to what is going on today between blacks and law enforcement.

Two anonymous Baltimore police officers said, simply, they are "feeling scared." Baltimore PD leaders have put them in a mode of just reacting instead of being proactive, which has allowed the city's streets to run wild, resulting in 42 killings just in May. But in Helter Skelter Charles Manson was considered by his followers as their savior, Jesus Christ, a leader who interpreted for them Chap. 9 from Revelations, which describes, as one biblical professor put it, when "All Hell Breaks Loose." If there is a leader in today's violence it has to be the gun lobby led by the National Rifle Assn. because of their persistence to put more guns on the street, thus, more murders. Racial tension has always been there but the gun rights bunch gave blacks the means to follow through on Helter Skelter.
at June 11, 2015