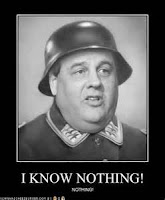 No matter who runs as the Democratic candidate in the 2016 General election, New Jersey Gov. Chris Christie, a potential Republican candidate himself, just moved the Democrats closer to the presidency. Christie said, “Listen, first off, I thought that Elizabeth Warren wasn’t running for president. But when I listened to Hillary yesterday, it sounds like liberal political consultants put together that speech.” What this means is that both Bernie Sanders and Elizabeth Warren have moved Clinton further to the left where the Democratic voters will be in 2016.  Warren still claims she is not running but Bernie is hot on the trail and very close to being a highly competitive candidate to win the primary.

In the MSNBC article Christie questions whether Hillary Clinton really understands the everyday issues Americans face. She doesn't listen to them and she never answers questions he claimed. In a recent interview with NBC reporter Andrea Mitchell, Bernie Sanders made the remark that he didn't understand how anyone could run for president without answering questions. Bernie thrives on making it known what he stands for by being responsive to the public and the press. The big difference here seems to be that Hillary Clinton is carefully orchestrating her campaign with limitations that sometime reflect negatively on the candidate. Bernie Sanders, on the other hand, says simply this is what I am, what I stand for and ask me if there is anything you don't understand. Then, he answers them.
at June 15, 2015