Guns and Violence-The Two Go Together 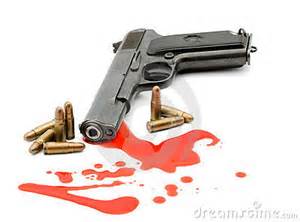 Both make headlines two days in a row. The first on Sunday at the Waldorf Astoria Hotel in New York. Some irresponsible gun owner discharged the weapon in his pocket and the ricocheted bullet grazed a woman's head; she was probably a millimeter from death. Four other people were injured by shattered glass and debris, but there was no indication the man would be charged. Now this was an incident where someone was almost killed by a harebrained concealed gun carrier that apparently did not secure a weapon he was carrying around in his pocket. This is why gun control advocates want these guns off the street and kept in the home.

And yet another more violent incident in Columbus, Ohio, on Monday where a 16-year-old boy murdered four and injured one woman. The kid was charged with murder and kidnapping, the latter which police did not explain, nor did they disclose a motive. The same question arises, where did the boy get the gun? Until we can answer this following every gun death, the slaughter will continue.
at June 16, 2015