See inside corrupt Trump administration with "A Warning - Anonymous" book

"A Warning - Anonymous" is a revealing expose of Donald Trump's administration, written by someone inside the White House at the top of the pecking order with privileged information that he is able to share with the American public. It is as frightening as any of Stephen King's novels, who is, by the way, an extreme critic of T-rump. This book is a MUST READ!

Chapter one starts with, "Collapse of the Steady State," actually the "deep state," AKA the steady state. Its purpose is to counter Donald Trump policies and is at work underground in the White House, viewed by the Oval Office lunatic with this meaning...


"The frequent invocations of the 'deep state' by President Donald Trump and those around him are generally meant to cast blame when his administration doesn't get its way."

Here is how Business Insider describes the "deep state"...


"The expression is actually a translation of the Turkish phrase derin devlet. As historian Ryan Gingeras has explained, it arose as a way of describing 'a kind of shadow or parallel system of government in which unofficial or publicly unacknowledged individuals play important roles in defining and implementing state policy.'

In the Turkish case, those 'unacknowledged persons' were, in fact, agents of organized criminal enterprises working within the government."

Perhaps this element is always at work in other administrations, but, as Anonymous put it, not with the urgency it does under Donald Trump. Chapter two is "The Character of a Man," which anyone would anticipate in Trump's case goes downhill. The chapter starts with a quote from George Washington...


"A good moral character is the first essential in a man...It is therefore highly important that you should endeavor to be not only learned but virtuous." 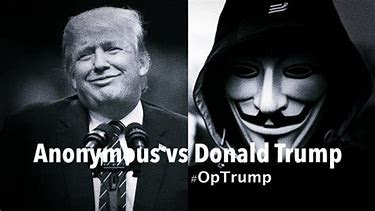 Donald Trump is neither learned nor virtuous. By contrast, he is downright stupid and his morals are in the sewer. He confirms this each time he opens his mouth. Anonymous does an excellent job of tearing Donald Trump to shreds, but don't expect the viewpoint from someone to the left. He or she is definitely a conservative, and in many cases protects those on the right I believe have a heavy guilt themselves. Like Jim Jordan.

The book is terrifying because it lays bare the complete psycho of the man who is supposedly running our country, the leader of the free world, and he has access to the button. The next six chapters are as impelling as the first two. Here are some reviews: