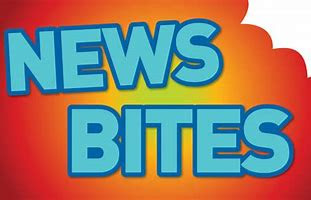 Racism dominated the end of the New Hampshire debates last evening, initiated by a statement from presidential candidate, Tom Steyer, to the effect that no one had talked about racism. Then everyone did. Here's something to think about, from UK's Guardian, "How to fight racism using science," claiming, "prejudice that has a longstanding relationship with science."   READ MORE...

And then the Guardian reports again of the "Montana Republican rebuked for saying socialists should be 'jailed or shot.'" Being a Democratic Socialist, and having personally experienced this exact kind of behavior here in Arizona from another Republican, it is easy to see how the GOP is going down the tube with its supporters with it.   READ MORE...

RawStory exclaims, "Why Fox News viewers are so ignorant," because they listen to and believe the garbage spewed out by hosts like Sean Hannity. This idiot was still defending Trump after the impeachment by "accusing Democrats of supporting 'abortion after birth.'” There is no such thing as any non-conservative and sane individual knows.   READ MORE...

Still feeling sorry for Rush Limbaugh and his medical problems? Here are 9 things this maniac said about women in the article, "." Rush Limbaugh’s 9 most appalling comments about women." Here's an example...

"Rush imagining that women secretly want to be sexually harassed. 'The sexual harassment crowd. They’re out there protesting what they actually wish would happen to them.'”

This gives you an idea of the mentality of the listeners this fanatical bigot appeals to.   READ MORE...

I've heard numerous comments in the media, and actually following last night's debate, of how Donald Trump hopes he is up against Bernie Sanders in the November election, since he will be so easy to beat. The Bern raised $25 million in the month of January alone. With an average $18.80 contribution, that is 1.4 million loyal voters as a solid base. Once he wins the Primary, he is certain to garner most of Elizabeth Warren's voters.

And I did a blog post recently, "Looks like millennials could put Bernie Sanders over the top," pointing out the 71 million millennial voters out there, of which 26 million voted in 2018, and my expectancy that this figure will increase significantly in November.   READ MORE...

Here's a grabber, "Trump’s acquittal is invalid because he was not mentally competent to stand trial," a RawStory headline prompted by a letter sent by the World Mental Health Coalition, urging Congress to "invalidate President Donald Trump’s acquittal in the Senate until his mental competency to stand trial is evaluated." I have done several posts on the Oval Office lunatic's mentality you can see here.   READ MORE...