Catch-up with my latest news bytes... 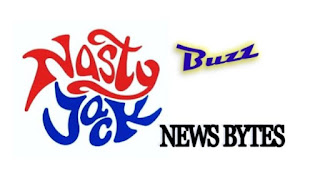 Moscow Mitch admits, THERE ARE 395 HOUSE BILLS SITTING IN THE SENATE. He adds, "WE'RE NOT GOING TO PASS THOSE." This pathetic lowlife rivals Donald Trump in his corruption and disservice to this country.

Salon says the, "American health care system costs four times more than Canada's single-payer system." This means, "Americans pay $2,497 a year for insurance overhead and admin costs, while Canadians pay just $551." And that means that the health-care industry and pharmaceutical companies are gouging U.S. citizens for every penny they can get. Leading to why 70% of the country favors Bernie Sanders Medicare for All.

Here's a headline for anyone thinking of voting for Donald Trump in November,
"Trump’s economy is far from the ‘best ever’ — and wage growth ‘pales in comparison’ to past presidents." What we hear from the Oval Office lunatic on a mostly daily basis is that he has made the economy great, it's beautiful. Well, it's not and that is just more of his bullshit.

The AlterNet's John Stoehr of the Editorial Board says we might very well expect a Trump secret police in the future. Here's the scenario...

"I wrote this morning about the president’s new intimidation of sanctuary cities. He’s deploying 100 CBP agents, including BORTAC, which is a SWAT team for border security. The official goal is increasing deportations by 35 percent, but it’s pretty clear the aim is bullying local law enforcement into cooperating with federal authorities."

It wouldn't surprise me in the least if T-rump began to organize the double-digit thugs who follow him into a squad of enforcers to implement his psycho demands. The next step is a full-blown Big Brother. Was George Orwell actually predicting Donald Trump?

A warning from overseas: "Europeans fear relationship with America will only get worse under a Trump second term." And, it no doubt will, as he continues to piss off foreign leaders, coddling up to rogue nations like Russia and North Korea. Here's the scenario...


"The president has routinely attacked various European politicians, and criticized NATO security partnerships, claiming that America is carrying too much of the burden on its own. He has also undermined key security agreements in which Europe plays a role, including the Iran nuclear deal, which includes France, Germany, and the United Kingdom."

Europe is considering developing the power it needs to do without the help of the United States in the future, go it on their own while distancing themselves from a relationship it took decades for America to develop. They think that is what T-rump wants and they may very well be right.