The Clinton-era expert speaks out 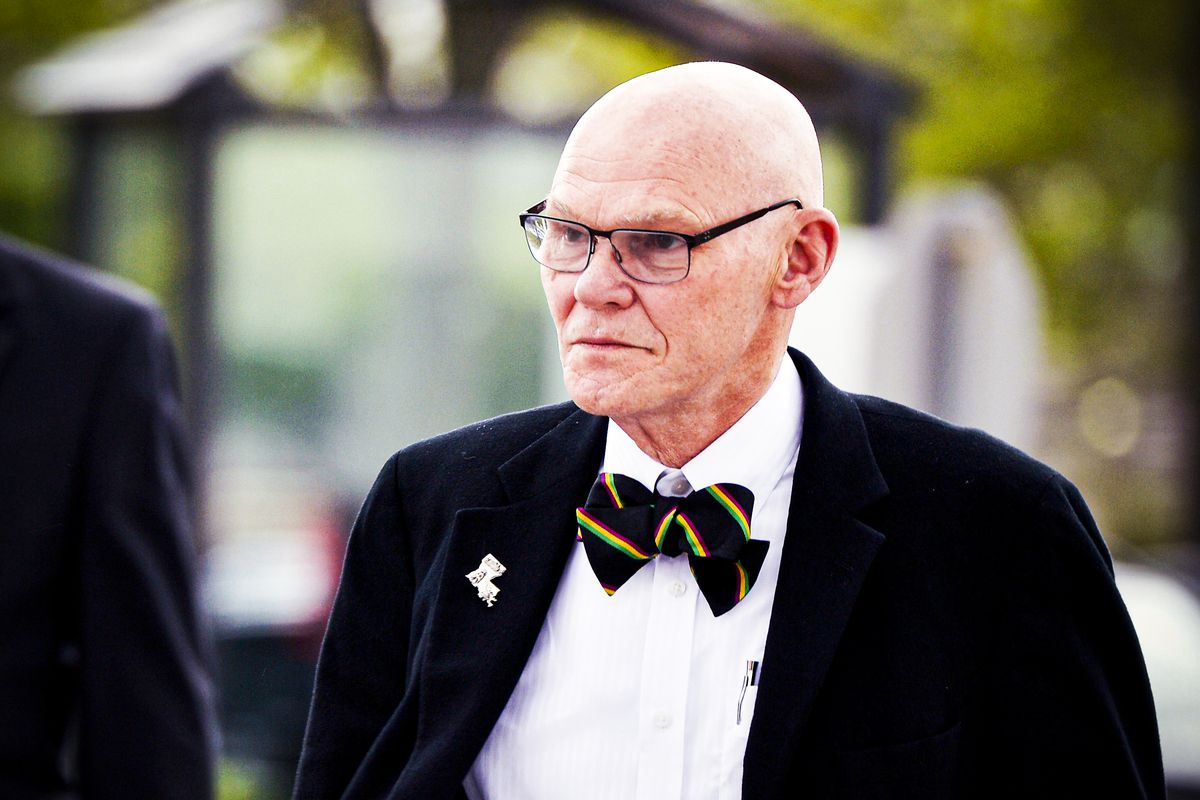 Sporting a new bow tie but brandishing the same political philosophy as earlier, this liberal icon of American political commentary is fired up and telling the Democrat Party off. “We’re losing our damn minds,” he exclaims, with the urgency of someone about to be pushed over the edge. Carville is the epitome of strategists, making Republicans look like crooks in a mediocre way by keeping his tactics, and those around him, principled and honorable.

He says the Dems must be "Majoritarian," a word I have missed, if a part of the current liberal jargon. Here's the definition...

What worries me most is his opinion of the current tribe of 2020 Democratic candidates; he's not impressed with any of them, including Bernie Sanders and Mike Bloomberg. All this amid a chaotic Iowa Caucus that it isn't clear is settled yet. In the middle of this article, there is another piece, "Bernie Sanders leads Donald Trump in polls, even when you remind people he’s a socialist," and Carville has this comment...


"But back to Sanders — what I’m saying is the Democratic Party isn’t Bernie Sanders, whatever you think about Sanders."

And he's right, Bernie Sanders is where the liberals, call them Progressives or Democrats, are going for the future. Hillary Clinton screwed up 2016, ably assisted by the conniving of then DNC head, Debbie Wasserman Schultz, leading to an Electoral loss but a huge margin in the popular vote winning by over 3-million. Carville thinks Bernie could win the electoral--and I believe the popular vote in larger numbers than Clinton--but we won't regain the Senate.

And, of course, there is no way a Democrat/Progressive would get anything done in the White House with Moscow Mitch McConnell heading up the Senate, even though the Bern would probably hold on to the House. David Faris outlines his plan to fix all this in his book, "It's Time to Fight Dirty." This is how James Carville would fix it...


"The Democratic Party is the party of African Americans. It’s becoming a party of educated suburbanites, particularly women. It’s the party of Latinos. We’re a party of immigrants. Most of the people aren’t into all this distracting shit about open borders and letting prisoners vote. They don’t care. They have lives to lead. They have kids. They have parents that are sick. That’s what we have to talk about. That’s all we should talk about."

But when you look at the other Democratic candidates, it is clear that their focus is on those people above with programs like Sanders' fight against inequality, Bloomberg's gun control, Biden's appeal to the blacks, to name a few. James is right on racism; the only one in the campaign who really emphasized this issue was Corey Booker, and he is no longer running. And surprisingly, the ragin Cajun doesn't support free education for fear of pisssing off those who had to work their way through school.

Another thing I don't understand is his inability to grasp the fact that liberals are, in fact, slowly moving farther to the left and there is a quiet revolution of those of us who are fed up with the overall inequities between the elite wealthy and us normal folks. James Carville is looking for a "winning message," as he describes it, and I am not sure his reasoning here when Bernie Sanders has a hold on millennials numbering 71 million; that's a hell of a base to start with.


"I think the other side wants us to think there are no swing voters, that we’re doomed and it doesn’t even matter if you have a message because you can’t reach anyone. I think that’s bullshit. I think that’s a wholly incorrect view of American politics. But look, if no one’s persuadable, then let’s just have the revolution.

"Falling into despair won’t help anyone, though. I mean, you can curse the darkness or you can light a candle. I’m getting a fucking welding torch. Okay?"

You have to give the ragin Cajun his due, successfully steering Bill Clinton to wins in two presidential campaigns. I think the point here is to temper what he has said with the solid push to the left, which long time Democrats can't seem to get their minds around and come up with the winning combination. Not only to just win big in 2020, but to carry the left ahead in the future with solid issues there affect not only the left, but the right as well.   A MUST READ HERE!