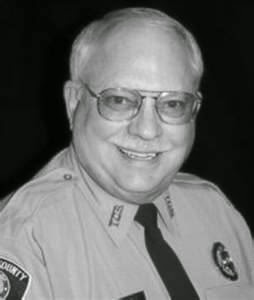 Robert Bates, an Oklahoma volunteer deputy who shot and killed an unarmed black man, saying he meant to use his taser, was rewarded with a trip to the Bahamas. Let's back up first and mention that Bates, a 73-year-old insurance co. executive, allegedly bought his way into the Sheriff's Dept. job with a large contribution to his reelection campaign plus other amenities. It also helped that Bates and the Sheriff were close friends. His training has been questioned but some has now been substantiated, except the fact that he was not cleared to use the gun he shot 44-year-old Eric Harris with on April 2. But the coup de gráce was when Bates pleaded not guilty on Tuesday and asked the judge if he could go on a month's vacation to the Bahamas. Sure, the judge replied, as long as you're back for your next court appearance.