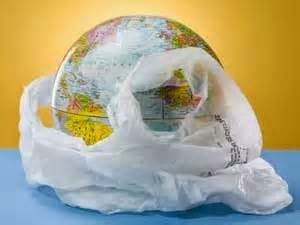 APRIL 2014-PHOENIX, ARIZONA: A demented state legislature has just passed a new bill that would ban the passing of any future legislation banning plastic bags. Slate says it is in the bidding for worst state of the week, a place Arizona has enjoyed repeatedly in the past, especially when Jan Brewer was governor. State Sen. Nancy Barto proposed the bill that now waits for Gov. Ducey to sign. Barto is the fruitcake that recently pushed through another piece of mind-boggling legislation making it a law for Arizona doctors to tell women getting an abortion that it is reversible. The medical community says this is not only impossible but could be dangerous.

The meeting of the Arizona legislature reminds me of that movie from 1948, The Snake Pit, covering a woman's life during her stay in a mental institution.
at April 09, 2015