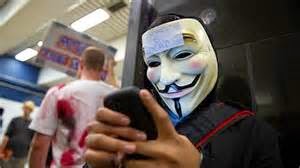 Hackers have been around for some time now doing what they do best; breaking into your personal data then selling it on the Internet underground within a couple of hours. I started posting on this over eight years ago in another blog, The Dunning Letter, until I put it on hiatus for Nasty Jack. If you want to take the time I have collected several sites on the subject here. It was a problem then and still is.

But when these same hackers acquire the ability to use new technology to bring down airplanes, that even beats having your bank account emptied by one of these scumbags. It could happen according to a new report from the Government Accountability Office. The aircraft you need to worry about are the Boeing 787 Dreamliner, the Airbus A350 and A380. It seems these advanced cockpits share the same wi-fi system as the passengers, thus, someone sitting in row 28 with a laptop could hack right in up front and put your flight in a tailspin. This guy could: commandeer the aircraft, put a virus into flight control computers, jeopardize the safety of the flight by taking control of computers or take over the warning systems or even navigation systems.

This is all scary stuff but the study does say pilots have some alternatives, although the article doesn't confirm they are fool proof. I suggest you read the complete piece, here.
at April 17, 2015