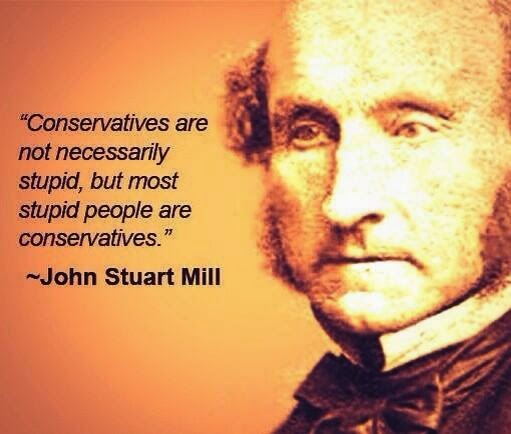 Liberals are always searching for the reasons that conservatives would do the stupid things they do these days. Five new studies attempt to explain their inadequacies. First, “Bright Minds and Dark Attitudes,” was done by Brock University claims that a low IQ as a child translates into the person being a racist and voting conservative. Two, Fairleigh Dickinson University asked people which news shows they watched, then queried them about current events and their source. Those watching Fox News had the lowest ranking, even lower than those that watched no news at all. Three, researchers at the University of Arkansas found that conservatives were likely to put little effort into their thinking. Four, Kent State University's “Abstract Reasoning as a Predictor of Attitudes Toward Gay Men,” found that, "those with low abstract reasoning ability have a tendency to be homophobic." Five, in the last study performing MRI brain scans on students at the University College in London, they were asked their political persuasion. Results: "liberal students had more gray matter, which would make them smarter."

A Progressive can only deduce that the above is why John Boehner and Mitch McConnell do the stupid things they do and why other Republican fruitcakes go around making the inane statements they do.
at April 15, 2015