CAN IOWA CAUCUS BE RELEVANT AFTER JONI ERNST? 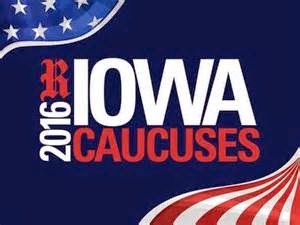 For years the Iowa Caucuses were received as the first real test of a presidential candidate. Until Joni Ernst. Since she was elected to the Senate in that state, I am not sure how this will affect the normal opinions of those who follow this political event. But it is for sure that at least some of its credibility is shot to hell. If the same people who elected Ernst are the ones who vote in the caucuses--and that must be the case--the results of their ballots have to be considered as looney as their support for the latest Tea Party fruitcake. Iowans are usually level headed with a lot of

common sense and that is the reason presidential candidates seek their backing. But the whole process seems to have derailed when the Tea Party moved in and slipped this radical lunatic through the cracks. It is my guess that she won due to a low voter turnout when the triple-digit IQs stayed home. It goes without saying that too much of this is happening in this country and I just hope it is not too late when the American public realizes it.
at April 27, 2015