STUDY PROVES HOMOSEXUALITY IS NOT A CHOICE 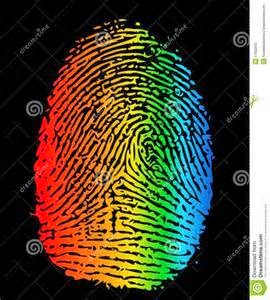 A fingerprint can determine who you are and so can your genes when it comes to being gay or lesbian. There was scientific verification in late 2014 from Michael Bailey, a psychologist at Northwestern University in Illinois, who said, "The study shows that there are genes involved in male sexual orientation." It all starts with an X chromosome called Xq28 and its impact on men's sexual behavior. There are other genes involved but the gist of it is through evolution men with genes linked to homosexuality pass this along to women, who then produce a gay or lesbian offspring. This link with the mother's side of the family led Dean Hamer, a scientist at the US National Cancer Institute, to study the X chromosome more closely and through 100 gay men found that homosexuality "tended to be inherited." Scientists in Bailey's report had tested the DNA of 400 gay men. Also discovered was the fact that, "levels of hormones a baby is exposed to in the womb" can play a factor in sexual orientation.

Michael Bailey's conclusion was, "Sexual orientation has nothing to do with choice."
at April 26, 2015