What's next for Bernie Sanders?... 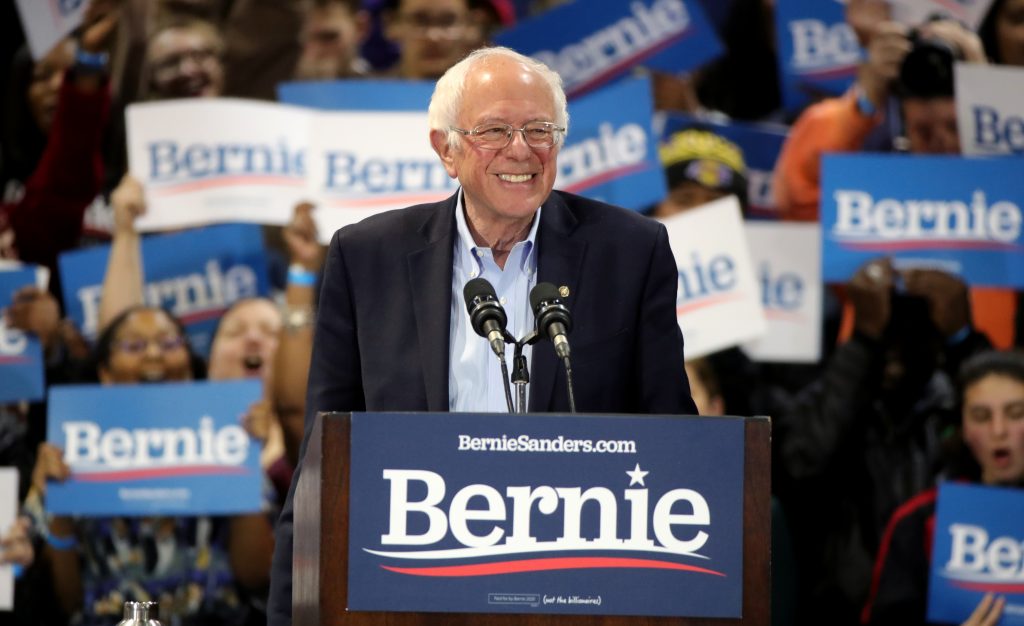 The smile on Bernie's face is because he was able to raise over $45 million in February. He did it with 2.2 million donations which, "surpassed what any Democratic candidate had raised in any full three-month quarter last year." Is it good enough? It will be if he can garner the vote of color, reports The Guardian. With Amy Klobuchar and Pete Buttigieg both out of the race and endorsing Joe Biden, Tom Steyer out with no endorsement yet, here's the scenario...


"The first four contests of the Democratic nomination have concluded, and it’s clear that whoever wins the nomination will owe their success to the love and support of people of color."

With Bernie versus Biden from the first four primaries, it shows...


Sanders [in Nevada] leading among white voters (31% to 18%) but running away with the contest among Latinos, who made up 17 % of all voters. Among that critical demographic, Sanders beat his opponents by at least a 3 to 1 margin (51% to 13% according to the entrance polls).

Blacks did the same for Biden in So. Carolina...


"where African Americans comprise the majority of all Democratic voters, exit polls showed that African Americans gave 61% of their votes to the vice president of America’s first black president, propelling him to a nearly 30-point victory."

Joe Biden "denied there was an organized effort around the dropouts," but it was reported that Buttigieg met with Jimmy Carter the day before his decision. Like a good Democrat, Klobuchar followed suit and made her exit. Surprising Warren hasn't yet done the same since she performed like a good Dem in 2016 by not endorsing Bernie Sanders when it was clear even then she was in his Progressive camp. Of course, there is still time.


Super Tuesday (today) stacks up on Nate Silver's 538 revealing Bernie Sanders ahead in nine out of the fifteen primaries, some the Bern leads in substantially, with California 91% to 7%, yielding Sanders total primary delegates of 540 to Biden's 395. Bloomberg and Warren are insignificant. The latest Univision poll of March 2, shows "42 percent of Hispanic voters in California intend to vote for Sanders, while 15 percent favor former Vice President Joe Biden."

Is the left targeting the Hispanic vote?...


USA today says Hispanics flocked to the Bern in Nevada, and in their latest March 1, poll...


Sanders was at 35% among likely Democratic primary voters, well ahead of former New York mayor Mike Bloomberg at 16%, former vice president Joe Biden at 14% and Massachusetts Sen. Elizabeth Warren at 12%.

Have Latinos finally awakened to the fact that going to the polls doesn't guarantee them a trip back to their country of origin? Or are they just so pissed at Donald Trump they have finally decided to turn on him and help the left vote him out of office? They are both possibilities, but the end result is their showing up at the polls in November, and it looks like they finally will. Welcome to the USA!