The White House maniac hasn't a clue on coronavirus...

Coronavirus isn't yet out of hand in the U.S.; although it is spreading throughout the country. "As of March 05, 2020 at 18:17 GMT, there have been 164 confirmed cases and 11 deaths due to coronavirus COVID-19 in the United States." Here's the lineup by state:

And all this while Donald Trump tries to "minimize" the problem, just to protect the stock market and his chances to win in November. Here's the scenario...

“Trump’s playing down of the California patient at his news conference underscores the administration’s slapdash and often misleading attempts to contain not just the virus, but also potential political damage from the outbreak — which has tanked financial markets, slowed global commerce and killed some 3,000 people worldwide, including the first U.S. death, announced Saturday,” the Washington Post reports.

So much for a president who is looking out for the people...READ MORE...

Mike Pence defends Trump, Jr. comment, "Democrats hope coronavirus 'kills millions of people' in the US because they want to bring his father down."

And this is what number two dumb had to say, "he was merely 'pushing back' at politicisation of the viral outbreak by Trump opponents." Considering number two Trump can't help it since he undoubtedly inherited the double-digit IQ from his father, what is Pence's excuse? Now consider, it is this moron that T-rump has put in charge of the coronavirus program. If it wasn't for the few level heads sparsely interspersed withing this administration, the U. S. would be doomed.


This dimwit even added, “It’s time for the other side to turn down the volume.” This is the guy who wants to "pray" away the virus rather than work on how to protect the citizens of this country. The people of Indiana who elected this numbnuts governor are no doubt supporters of the Oval Office lunatic, and look how he screwed up an HIV outbreak there. This is indeed the biggest crisis Donald Trump has faced yet, and so far he is a total failure...READ MORE...

CNN asks how bad will the coronavirus get. This following their headline for the article: "Trump meets a new enemy." The combination of the two is more than frightening, with the implication that Donald Trump is out of his league, again, when it comes to dealing with another crisis, which will impact his favorability rating. The author's meaning, of course, applies to...


"the spread of COVID-19 coronavirus around the world, the resulting stock market plunge and the concern about whether America's political leaders are up to the challenge." 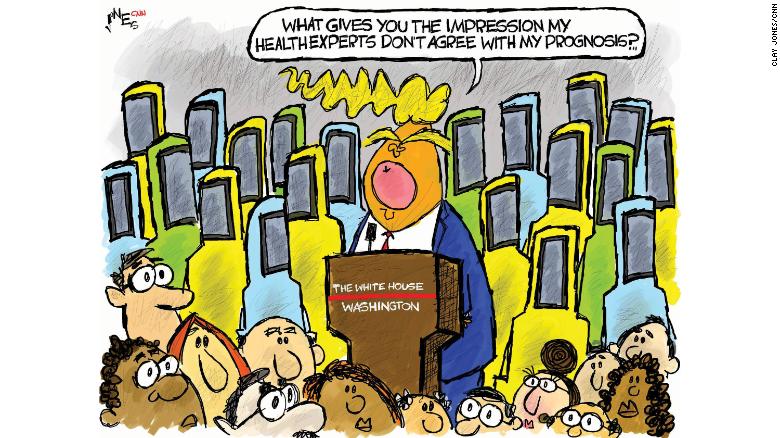 Sort of like what I said but with a different twist. There will be an outbreak says Dr. Nancy Messonnier, of the Centers for Disease Control and Prevention. and we have already experienced that, as you can see from the illustration, above. What is worse is Dr. Leana Wen, Baltimore's former health commissioner comments...


"the disease will test our government's response and resiliency. How we weather the outbreak also hinges on our trust that the government has our best intentions at heart. We don't yet know if the trajectory of COVID-19 will be mild, moderate, or severe" but it makes sense to prepare for the worst case."

The key here is can we, 'trust that the government has our best intentions at heart?' So far, we haven't been able to count on anything Donald Trump says or does. And he continues to push forward with false facts and completely inaccurate information every time he opens his mouth. The markets reacted with, "the Dow plunging 3,583 points, making it by percentage terms the worst week since October, 2008. Trump's worst nightmare...READ MORE...

Gloomy outlook as public-health experts say Coronavirus may never disappear. Their evaluation is...


"there are only three possible endings to this story: The outbreak could be controlled via public-health interventions and disappear (as SARS did), a vaccine could be developed, or the coronavirus could become a permanent part of the repertoire of human viruses like the seasonal flu."

They contend, "That third option is the most likely, the new virus probably won't ever truly disappear." So what is the Oval Office lunatic's latest move? He blames it on former President Barack Obama, as you can see in the video here. No consideration for the fact that Trump appointed Mike Pence has screwed up testing from the beginning so we don't actually know how many cases are really in the U.S. 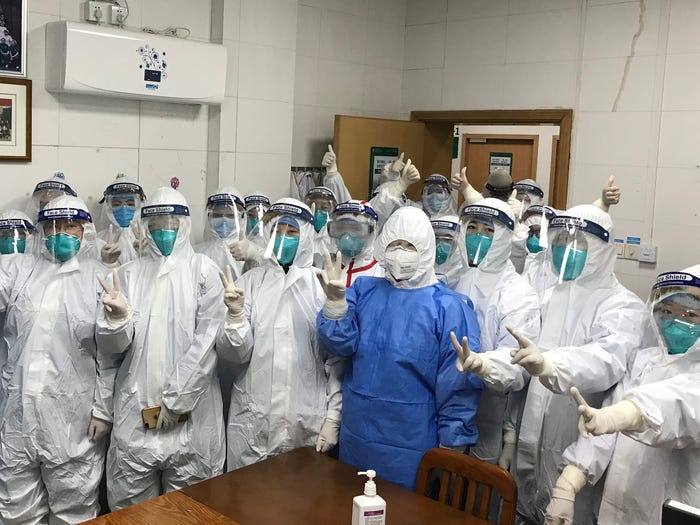 Here's Amesh Adalja, an infectious-disease expert at the Johns Hopkins Center for Health Security who said...


"I think it is a pandemic; the official declaration is not important to me. We're seeing efficient, community-wide spread in multiple countries."

Here is another alarming effect...


"According to researchers at the World Health Organization (WHO), an average person with the new coronavirus passes it to 1.4 to 2.5 other people."