The latest COVID 19 news in digest


My coronavirus folder is piled high again and this is a quick release of the latest, most important stuff... 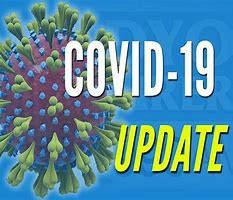 HEADLINE: "Trump boasts to governors that his pandemic response system will be ‘the talk of the world." He reiterates...


"once again falsely claimed that America’s pandemic response system was “broken” under former President Barack Obama, when in reality Trump shuttered the National Security Council’s pandemic response team and never replaced it with anything comparable."

HEADLINE: ‘If I get corona, I get corona': Miami spring breakers say covid-19 hasn’t stopped them from partying. Here's the scenario...


"An Ohio native, Brady Sluder had been planning the getaway for about three months, according to Reuters, when Florida Gov. Ron DeSantis (R) ordered all the state’s bars and nightclubs to shut down for 30 days to reduce the spread of the novel coronavirus."

If they want to die, so be it, but infecting others is something else.


HEADLINE: "Fauci warns against coronavirus indifference among young people." The National Institute of Allergy and Infectious Diseases Director said, "He is concerned young Americans aren’t taking the pandemic seriously," and he would be right if you read the story, above. Fauci's words, speaking directly to young people..


“You are not immune or safe from getting seriously ill,” when asked if younger Americans should be concerned about contracting the virus, which Fauci has repeatedly said is more lethal than the average flu.

HEADLINE: "Trump to governors who fear shortage of hospital equipment: ‘Try getting it yourselves.’" Internet media went viral when hearing this, the guy in the Oval Office who is supposed to be coordinating the whole fiasco. Here's the pathetic conversation from T-rump's side...


HEADLINE: "US sales of guns and ammunition soar amid coronavirus panic buying." The gun nuts, hoodwinked by the gun manufacturers through the NRA, will use any excuse to go out and buy another gun. There's fear of unrest and these wingnuts will probably shoot the health care provider that comes to their home to test them. Here's one such lunatic...


“Politicians and anti-gun people have been telling us for the longest time that we don’t need guns. But right now, a lot of people are truly scared, and they can make that decision themselves.”

What these people need is brains.

HEADLINE: "The Trump administration drove him back to China — where he invented a fast coronavirus test" Professor Weihong Tan, a 59-year-old intellectual firepower, fled the U.S. as a result of a Trump administration crackdown on university researchers with ties to China. He went to China, where his team of 300 scientists and researchers worked furiously to develop a fast, easy test for COVID-19. Here's the scenario...


"Epidemiologists say that testing is vital to mitigate the spread of the virus. But the U.S. has lagged well behind China, South Korea, and Italy in the number of people tested. It’s hard to know if Tan’s test would have made a difference. The slow U.S. ramp-up has been blamed largely on bureaucratic barriers and a shortage of chemical agents needed for testing."

HEADLINE:  "These are the 51 GOP senators who just voted against expanding paid sick leave to protect Americans." Among them, Alexander (R-TN), Blunt (R-MO), Burr (R-NC), Cotton (R-AR), Cruz (R-TX), Ernst (R-IA), Graham (R-SC), and there are forty-four more of these idiots.