After two candidates exit race, Biden on top. What will it take to return Bernie to that position?
Amy Klobuchar and Pete Buttigieg had to bow out of the Democratic Primary for Joe Biden to jump eight points over Bernie Sanders in national polls. That leaves Elizabeth Warren and Michael Bloomberg. Klobuchar's and Buttigieg's moves are typical party loyalty, because they both have aspiration for the future. I wish them luck but am more concerned over the present and who can beat Donald Trump in November. I believe Bernie is best suited for that.

I did a post earlier yesterday, pitting Bernie against Biden, each of which must garner votes of color to win. Biden pretty much has cinched the black vote, although Bernie may siphon off a few. Bernie seems to have locked most of the Hispanic vote from the early primaries, including yesterday in California; if they turn out in November as they did in Nevada. My gut tells me it would be easier for Bernie to attract the blacks from Biden in November, than Biden appealing to Hispanics.

You Tube coverage of Biden surge and Super Tuesday...

In the 2017 midterms, Hispanic new voters were 27% of the total, where only 18% of blacks were first time. Pew Research also says 30% of the young vote went to the polls for the first time in 2018. There is never a guarantee, but the youth vote has been soundly in the Bern's corner, and that looks likely to still be the case. As far as the female vote is concerned, both candidates are basically on the fence and will require more nurturing to convince the ladies.

There is also the question of whether this new poll makes any difference in view of Bernie Sanders' results in Super Tuesday's Primaries. Sanders is ahead in six, with the heavy delegate state, California, firmly behind him. Also, the Reuters/Ipsos poll puts the Bern 11 points ahead in the Democratic Primary. It would be helpful if Elizabeth Warren dropped out of the race and endorsed Bernie, but Warren is a Democrat and she may very well go the way of Klobuchar and Buttigieg.

However, the Socialism issue for Bernie Sanders is finally waning, as evidenced in a state you least expect, Texas. The Guardian reports, "56% of Democratic primary voters in the Lone Star state say they have a positive view of socialism while only 37% have a favourable view of capitalism. Even in this normally red state stronghold, which could reflect a blue color after Super Tuesday, the voting population has realized what the wealthy and corporate America have done to destroy the democratic process. 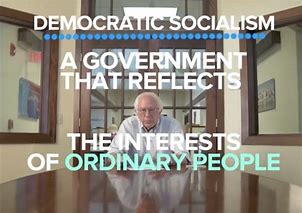 The Washington Post isn't sure about Bernie or Biden. Here's the scenario...


"The stampede to Joe Biden’s side among Democrats in the wake of his victory in a single primary has been remarkable to behold. What they are unlikely to say out loud is that this isn’t about Biden’s inspiring vision or compelling personality, so much as their fears that if Sen. Bernie Sanders (I-Vt.) were the nominee, he’d lose to President Trump. Biden, for all his weaknesses, looks like a better bet."

As I pointed out earlier in this piece, that may not be the case. The WP alerts us to two very important factors. One, no one can comprehend every variable that is involved in this election. And two, who knows what might happen down the road? There are over eight months left until November. Biden, a terrible campaigner, according to the Post, and in 2020, "even worse than in his disastrous runs in 1988 and 2008." Not good news when running against Donald Trump.

Another insight by WP...


"Yes, he’s [Joe Biden] getting support from African American voters — so far, anyway — but they already vote at relatively high rates, comparable to white voters. The big untapped potential for Democrats lies in young people and Latinos, neither of whom seems particularly jazzed about a Biden nomination."

Like I said, plenty of time before November. Just hang in there Progressives.