What happened to coronavirus on Tuesday 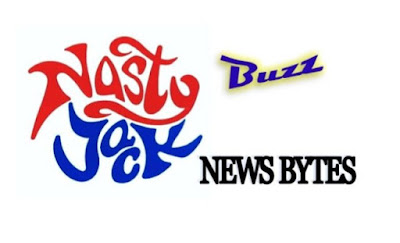 Nouriel Roubini, given the name "Dr. Doom" for his accurate predictions of the 2008 financial crisis, just called a new one which, hopefully, will spell Donald Trump's doom in November. Roubini says, "the spread of coronavirus will tank the stock market and cost President Donald Trump the 2020 election. He added that the stock market could drop as much as 40% this year, which could very easily point to another recession. The economist commented...


“The Democratic field is poor, but Trump is dead.”


“I live in New York City, and people there are hardly going to restaurants, cinemas, or theaters,” he said. “If it comes, we are totally f*cked.”

Florida woman returns from Italy with coronavirus symptoms and cannot get verified to be tested. It's due to "refusal of health officials to conduct the necessary tests, according to CBS Miami." Here's her scenario...


“The doctor himself told me that, you know, he thinks that the results of my [preliminary] tests mean that I most likely have the COVID-19, but that the Department of Health did not want to pursue it further,” the woman said. “It was either the Department of Health or the CDC that decided not to further pursue the inquiry. But I was basically told that it is most likely that I have this virus and that I should self-quarantine.”

The hospital, Jackson Memorial, would only respond that they were, “following guidelines for testing established by the CDC and the Florida Department of Health.”  More evidence of Donald Trump interference?


Did the CDC bungle the initial coronavirus tests? Reporters from ProPublica say yes. This is their assessment...


"As the highly infectious coronavirus jumped from China to country after country in January and February, the U.S. Centers for Disease Control and Prevention lost valuable weeks that could have been used to track its possible spread in the United States because it insisted upon devising its own test."

The Centers for Disease Control ignored World Health Organization test guidelines used by other countries and embarked on research that ended in what was a similar test to what WHO had already developed. They distributed the kits...


"But when it was sent to labs across the country in the first week of February, it didn’t work as expected. The CDC test correctly identified COVID-19, the disease caused by the virus. But in all but a handful of state labs, it falsely flagged the presence of the other viruses in harmless samples."

The admission from health officials...


“We’re weeks behind because we had this problem,” said Scott Becker, chief executive officer of the Association of Public Health Laboratories, which represents 100 state and local public laboratories. “We’re usually up-front and center and ready.”

That was before Donald Trump came to the White House.

Did Republicans stall the Coronavirus Bill just to protect the pharmaceutical industry over the welfare of the American people? The short answer is YES! When negotiations stalled on a federal spending package to address the spread of the coronavirus strain known as COVID-19, it was due to a dispute over vaccine pricing. Democrats even proposed free treatment and vaccine, but Republicans wanted to eliminate "fair and reasonable pricing," the federal procurement standard.

Health and Human Services Secretary Alex Azar commented, “We would want to ensure that we work to make it affordable, but we can’t control that price, because we need the private sector to invest. Price controls won’t get us there.” This dufus is talking about the rule of law when the U.S. is facing a potential pandemic in the coronavirus crisis. And it all can be traced back to the incompetence of the Donald Trump administration in handling the dilemma.

Here is the latest on coronavirus from CNN: "Coronavirus is now in 34 states and a cruise ship linked to dozens of cases will soon dock in the US." And there are more cruise ships at sea with potential cases. The Grand Princess docked yesterday in Oakland disembarking 21 people with the disease that Oakland's Mayor and California's Governor say is under control. It was then "learned a California man who traveled on the same ship last month later died of coronavirus."

"At least 565 people in the US have tested positive for coronavirus, including 70 people who were repatriated to the US.," according to CNN. More than 3,500 have died worldwide and at least 105,000 have been infected, with these numbers climbing daily. What's really scary is "Hundreds of passengers have been infected from multiple cruise ships," and, as I indicated earlier, there are similar ships at sea with potential coronavirus infected passengers.

MSNBC’s Chris Hayes literally fumed in a recent show, "All In," over Donald Trump’s botched handling of the ongoing coronavirus crisis. One of his major points was how far we have fallen behind in testing with 164 U.S. cases reported by the CDC, more than 500 in the media. U.S. News just released an article that claims, "'Real' U.S. Coronavirus Cases May Have Topped 9,000," a number investigators allege was, "very conservative" in methods to estimate the number.

“And when the tests do deploy, case numbers in the country will spike. which will freak people out,” Hayes explained. “They shouldn’t be. The whole point is that we do not know how many cases there are. Because — inexplicably! — we have not been testing nearly enough now for at least a week and probably longer."

This is purely my opinion, but I wouldn't put it past Donald Trump being the sole reason behind the fact that test kits haven't been distributed, because he is afraid of the large number of potential coronavirus cases that will be revealed from the findings. Bad for his favorability ratings for the November election. And, perhaps that's where the researchers in the U.S. News piece loosely predicate their findings. Chris Hayes makes several good point worth reading here.
at March 10, 2020