WHY ISN'T CDC ALLOWED TO DO GUN VIOLENCE RESEARCH? 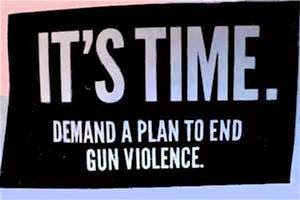 Ask wacky Wayne LaPierre who heads up the National Rifle Assn. He or his minions tell us it isn't needed. But the real reason is that the horrifying statistics that would result would shatter all the bullshit coming from the NRA that protects guns under their trumped up figures. Rep. Jack Kingston (R-GA), who gets an A+ rating from the NRA, is willing to reconsider gun control and has talked with the Centers for Disease Control and Prevention (CDC) about the gun violence research. They are ready now as they were in the 1990s until the NRA forced cuts in funding. But more than a year ago Kingston opposed this same funding when competing in a primary. Just shows you what these people will do to get reelected. Congress did approve some funding for the National Violent Death Reporting System (NVDRS), which keeps tabs on things like youth violence, child maltreatment, domestic violence, and sexual violence.

But what we need are hard figures on how many people are getting shot each day and how many of them die.
at June 04, 2014