LAS VEGAS JUST THE MOST RECENT GUN VIOLENCE-WHERE'S THE UPROAR? 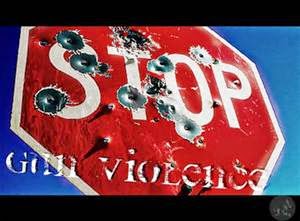 Why haven't we heard from wacky Wayne LaPierre, head of the National Rifle Assn., during the recent gun violence? There was Santa Barbara, then Seattle, Atlanta, and now Las Vegas. Four incidents of horrific gun massacre in four major cities in less than three weeks. A total of 13 killed and 16 injured. Did I hear, "Guns don't kill, people do?" Or maybe it was some left-overs from the mob in Las Vegas that made them do it. Could LaPierre be trying to decide whether we can call these "shootings." What bothers me most is the fact that the American public remains quiet, as if these kinds of events are now considered acceptable. Hey out there, don't you care that your friends, neighbors and relatives are being slaughtered with one of the 300 million guns on U.S. streets?

Maybe when it's one of your own you will.