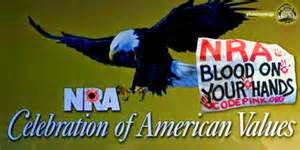 As many as ten gutless Democrats in the Senate are believed to have decided to vote against President Obama's nomination for surgeon general, Dr. Vivek H. Murthy. Because he tweeted, "Tired of politicians playing politics w/ guns, putting lives at risk b/c they're scared of NRA. Guns are a health care issue." Guess who went ballistic. And, oh yes, here's a doctor that supported the Affordable care act, probably also a negative by some of these same Democrats. But it's Wacky Wayne LaPierre's National Rifle Assn. herd of misguided fanatics that put the icing on the cake. Of course the un-news network Fox picked it up and did their part to skew facts. And as I said in an earlier post on Democratic Socialism, the only focus of these Senate Democrats is to get reelected, even if they feel Murthy should be confirmed. Pathetic.