OPENING SOON: GUN RANGE WITH ITS OWN CEMETERY-A PARODY

The first part of June I almost laughed myself to death when I read the headline, "Opening soon: Gun 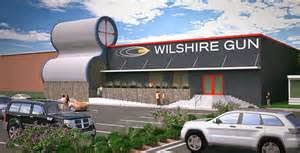 range with a bar." It's in Oklahoma City and will serve both alcohol and fully automatic machine guns. The name is Wilshire Gun and will have 24 firing lanes but the alcohol will actually be served in a different section. So I came up with the idea of opening up a shooting range connected to a cemetery, not because someone might get killed at the gun range, although many have including one man shooting himself, but because of the direct connection between guns and death. Those interred in this cemetery would only be victims of gun deaths. The gun nuts would have to pass the cemetery on the way in to the shooting range. On second thought, it wouldn't even phase these pathetic souls.
at June 18, 2014