DOES LIMITING CAMPAIGN CONTRIBUTIONS REALLY INFRINGE ON THE 1ST AMENDMENT? 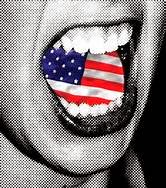 I say no and here's why. Democracy is a form of government in which all eligible citizens participate equally—either directly or indirectly through elected representatives—in the proposal, development, and creation of laws. The key word here is citizens participate "equally." How can anyone compete against secret big money the likes of which is fostered by the infamous Koch brothers. Yes, I have one vote as does any American citizen but what good is that vote if Congress is already bought by the Bobbsey Twins? And it's not just conservatives who pull this trick; Democrats are also guilty. So did the Supreme Court screw up? I think so in their zeal to protect 1st Amendment rights. As with the numerous quirks from the interpretation of the 2nd Amendment, did the Founding Fathers envision giving the right to billionaires to rig elections?