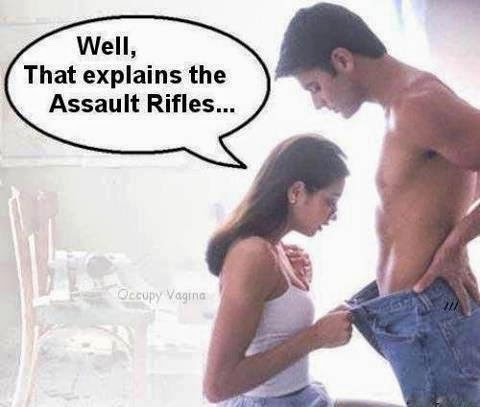 Some unknown but probably guilt-ridden staffer in the lobbying arm of the National Rifle Assn. , the Institute for Legislative Action (ILA), chastised the morons in Texas for flagrantly brandishing their weapons in public. Does wacky Wayne LaPierre, the NRA's head, have a revolt going on? Probably not since any loosening of the rules would bring every gun manufacturer in the country, their bread and butter, down on the organization. Be damned with the membership, these pathetic individuals out there swaggering around with assault weapons to prove their manhood while looking completely asinine. But the NRA's top mouthpiece, Chris W. Cox, better known as Mr. Propaganda, set the record straight. He had a discussion with the staffer, who is probably now in the unemployment line, telling him we do not, "criticize the lawful behavior of fellow gun owners,” even if they are complete idiots.