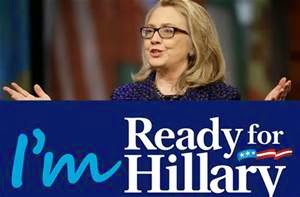 Tea Party numb-nuts caught Hillary Clinton in a bit of a compromising position in the making of a
complex statement on gun control. Now, to begin with, have you ever read one of the Tea Party site posts chocked full of typos and grammatical errors, along with their regular tirade of misinformation? I do because it always makes such good copy,
like this one. Hillary said, "We cannot let a minority of people – and it’s, that’s what it is, it is a minority of people – hold a viewpoint that terrorizes the majority of people." If TPers can't see the deeper meaning in this statement then they are denser than I thought. What Clinton is saying is what she has said all along on gun control; a small group of the radical gun culture is terrorizing the public and Congress and we can't allow this to happen. Which is dead on. Understand now?
at June 19, 2014