BULLYING SHOULD BE A CRIME AND PARENTS ACCOUNTABLE 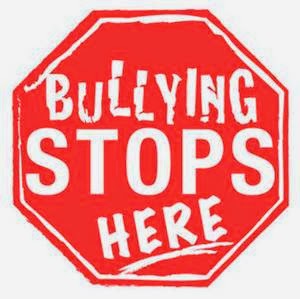 Most of us are in no position to judge the reason some kids and adults are bullies. It is said that bullies have an inferiority complex, thus, this is their way to feel superior. I was bullied once by a kid in grammar school who was half my size. I won but learned later that he was from a broken family and had to fight for everything he got. But I do not remember anyone in those days--or even when my kids were in school--resorting to suicide as a result of being bullied. If my kids had done it, they would have been grounded for life. Mark O'Mara, the former attorney for George Zimmerman and a family practice and criminal defense attorney, has tried to get a law passed to outlaw bullying in Florida with no success. He is trying again.

My take is that schools, where a lot of bullying takes place, should be more vigilant in monitoring episodes. When discovered, the parents should be notified at once and told to take measures to prevent it in the future. If the same child is a repeat offender, he or she should be suspended from school and the parents then held accountable. Yes, that would take a law against bullying.