What about Sanders/Warren confrontation AFTER debate 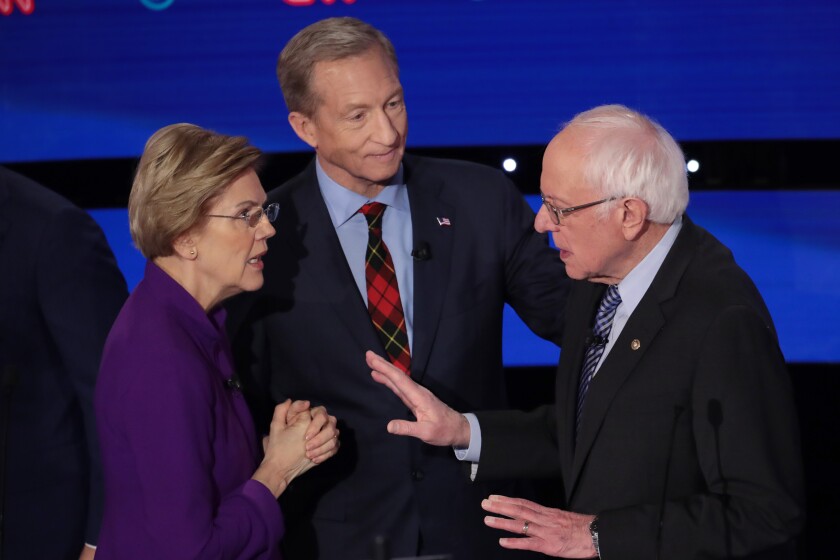 I saw it, my wife saw it, the audience of CNN saw it, and the network commentators following the debate played it over and over with the question of just what was happening. In a post-debate Tom Steyer interview he said he didn't hear what they were saying, obviously questionable considering his positioning above. The most dramatic part is Warren rejecting Sanders' handshake and Bernie's exit from the affair. Here's the video...

CNN cuts off the video just before Sanders waves off Warren and walks away. Not sure what their reasoning was on this because it clearly shows the Bern is irked about something. Reasoning: The 'he said,' 'she said' part is up for grabs as to who really said what. And in both cases neither Sanders nor Warren is given to lying. One thing is clear, what you don't see on the video is an unhappy Bernie Sanders quickly turning away leaving the conversation with Warren.
READ MORE...
at January 16, 2020