Will gun nuts ever learn? 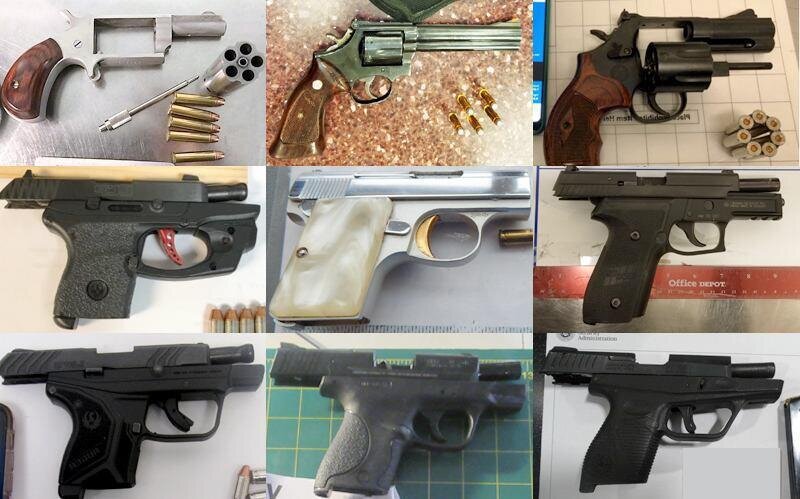 In the TSA's eighteen-year history, 2019 was its worst as far as passengers trying to slip their weapons through security onto a plane. 4,432 guns were confiscated, 3,855 of which were loaded. That 87%, and you have to wonder what can be going through someone's head when they do something like this. It is firearms responsibility at its lowest. Doogie dumbhead walks right up to security thinking what? To me there is no reasonable answer to this.

TSA Administrator David Pekoske said, "The continued increase in the number of firearms that travelers bring to airport checkpoints is deeply troubling." He continued...


"There is a proper way to travel safely with a firearm. First and foremost, it should be unloaded," Pekoske said. "Then it should be packed in a hard-sided locked case, taken to the airline check-in counter to be declared, and checked."

Do these people think they are privileged? Possible, with the propaganda NRA head Wayne LaPierre has drilled into the minds of gun owners for years. It is the 2nd Amendment run amok and must be stopped immediately, beginning with the demise of the National Rifle Assn. They actually found a missile launcher in a Texas man's luggage at the Baltimore/Washington International Thurgood Marshall Airport.

"Hartsfield-Jackson Atlanta International Airport had the most guns seized: 323 firearms." Dallas/Fort Worth International had 217, Denver International 140, George Bush Intercontinental in the Houston 138, and Phoenix Sky Harbor International had 132, according to the TSA. The overall average of firearms confiscated comes up to 12 per day. This has increased every year since 2009. There is no other way to say it, 'Gun nuts never learn!'   READ MORE...
at January 17, 2020