International gun control gets in the act 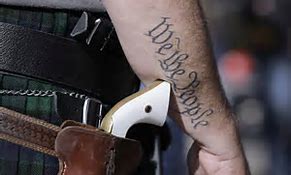 Probably most of us have not thought enough about international gun control when the situation is so bad in this country, far surpassing those of other industrialized nations like the U.S. As an example, this country had 3.85 gun deaths per 100,000 population in 2016 compared to Japan .04, China .06, United Kingdom .07, and Germany .12. There's more but you get the idea. The international conference was about eliminating the trade in Small Arms and Light Weapons, but has several other aspects to its agenda...

They also want to address things like guns in the home, a problem very prevalent in the U.S. since 1.7 million children live with unlocked, loaded guns in this country. Did you know that 91% of all children who die from firearms in high-income countries across the world come from the United States. So, the high level of gun violence and the need to fix it is not debatable. And since the Mary Stoneman massacre, the right button seems to have been pushed, and the gun control movement has gained a momentum that just may be both deep-rooted and enduring.
at May 16, 2018