Have democrats lost their edge? Not surprised! 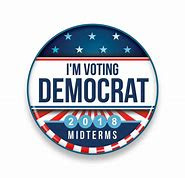 A new CNN poll shows that the earlier held 18-point spread the Dems held for November is down to just 3. But then the results are qualified with the fact that the results follow closely with Trump's favorability, and the new average for Democrats is seven, not three on a generic ballot.


"The generic ballot is a poll question that asks voters whether they’ll vote for Democrats or Republicans for Congress, and historically it’s been a decent predictor of the House popular vote."     The NY Times

About 45% of the voting public feel enthusiastic about voting in November' the general turnout in midterm elections is 40%. The earlier figure is around the same for both Democrats and Republicans. A big consideration right now is Donald Trump's meeting with Kim Jong un. If it goes well--and we have to hope it does regardless---then we can expect T-rump's favorability to rise even more. To say the least, November will be interesting.