The National Rifle Assn. pushed through the Dickey Amendment in 1996, gun legislation that prevents, "the Centers for Disease Control and Prevention from using funds 'to advocate or promote gun control.'" Naturally it is in the best interest of this violence promoting organization to keep the true facts from the public. According to Health, "Of the 30 leading causes of death in the United States, gun violence is the least researched." And the Brady organization reports, on an average day 96 people die from gun violence. But the NRA refuses to accept these figures. 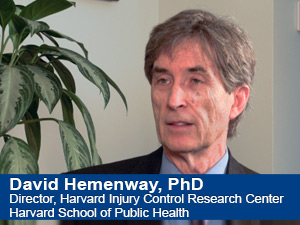 I have followed David Hemenway, director of the Harvard Injury Control Research Center for years and despite the NRA's head gun nut, Wayne LaPierre, he is making progress in documenting and publishing about gun violence. He regularly side-steps the Dickey Amendment which prevents "the Centers for Disease Control and Prevention from using funds 'to advocate or promote gun control.'" It's a stupid law meant only to hide the facts that gun violence is completely out of control, to keep it all secret so a stupid Congress doesn't have to face the facts.

Actually, gun violence research has proliferated over the past few years thanks to people like David Hemenway and with the help of universities, think tanks and private philanthropy. Even states like California are beginning to recognize the problem and then "governors from six northeastern states and Puerto Rico announced plans to launch a research consortium to study the issue. "A gun in the home increases the risk of someone in that home dying from suicide maybe threefold, and the evidence is overwhelming," Hemenway says. The NRA, and the public, must face up to these facts.
at May 14, 2018