New Jersey has a grip on gun control 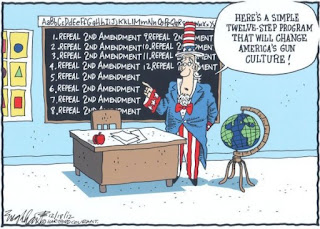 "Democratic Gov. Phil Murphy unveiled the data Tuesday as part of a campaign promise to strengthen New Jersey's already-tight gun laws." One of the facts" "77 percent of guns used in crimes in New Jersey come from out of state." Which would indicate they are bringing in guns from states with the loosest gun laws like Arizona, Kansas, Mississippi, or closer Vermont. New Jersey has promised to release this information from the Bureau of Alcohol, Tobacco, Firearms and Explosives on a monthly basis. More states should do this in line with enacting new gun control laws.
at May 15, 2018