Religious affiliation down as more elect to be "nones" 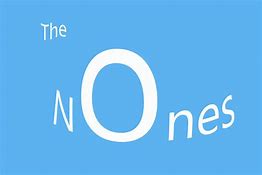 "Nones" of another variety than we're used to in the Catholic Church, and, of course, spelled different, are the driving force in religion as we know it today. They are either "atheist, agnostic, or “nothing in particular,” according to the American Family Survey Their numbers are 34% of all Americans with Protestants trailing at 33%, Catholicism 21% in this late 2017 study. I have said for years that the primary thing wrong with religion is the organized church and continue to believe it is precisely that which is creating this new important group.

Other factors accounting for the exodus are the strict disciplines that have often harsh requirements in order for the congregation to participate, like the Catholic faith, but then there is the latest barrier, an LGBTQ community that isn't welcome, especially by Evangelicals. Here are passages from the Bible re. homosexuality...

You shall not lie with a male as with a woman; it is an abomination. (Leviticus 18:22)

If a man lies with a male as with a woman, both of them have committed an abomination; they shall surely be put to death; their blood is upon them. (Leviticus 20:13)

According to one source "The word “homosexuality” didn’t even show up in English translations of the Bible until 1946," so Bible thumpers can't really trace it back to the original scriptures. And that brings about another theory of mine, the Bible is a book written by men who, even if inspired by the holy events of the day, nevertheless were people like us. Prone to mistakes, which in many cases account for confusions found in translation after translation. But the obstacles against the LGBTQ group is only one problem for the church; with so many more, the "nones" are sure to proliferate.