How young voters will determine 2018 elections 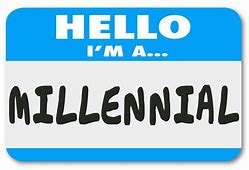 49% of Millennials (ages 18 to 35) cast votes in 2016 along with 63% of Gen Xers (ages 36 to 51), comprising a slight majority of total votes cast. However, it was Millennials who favored Democrats in a big way while Gen Xers went for the GOP. But the popular vote didn't matter since Hillary Clinton received almost 3 million votes more than Donald Trump. The latter won the presidency through the vote of the Electoral College, a result of congressional districts nationwide gerrymandered for years by Republicans.

The above took place thanks to a sloven DNC head, Debbie Wasserman Schultz.

But Millennials have overtaken Babyboomers now and Pew Research says, "It is likely, though not certain, that the size of the Millennial vote will surpass the Gen X vote in the 2020 presidential election." Democrats got 55% of the youth vote in 2016, compared to Republican's 37%, and Rock the Vote, a group that is focused on increasing young registered voters, is predicting Millennials will be the largest voting bloc in 2018. This group doubled the size of its vote from 2008 to 2016, with 34 million votes cast in the latter.

In a recent Florida poll, where the Parkland gun massacre took place, it showed that immigration topped gun control in the November election; Florida is 22.5% Hispanic. But according to the younger population, stricter gun laws are a major issue with them that will no doubt reflect on Millennials in November; this high school group voted 67% for stronger gun control laws and 55% against teachers carrying guns in school. The age group here is just below the Millennial age, but some are already old enough to vote and thousands more will be soon, even before November.

There are over 71 million Millennials living in the United States today, and a lot of them are mad as hell. Since they lean heavily toward the left, it is safe to say that Democrats are heading into November with optimism. Although gun control is fading as an issue for the election, "46 percent say a candidate's position on gun policy will be a major factor in deciding whom to vote for." That's down 13 points from February," right after the Florida shooting. It will be incumbent now on David Hogg, and the other survivors from the Parkland, Florida gun massacre to carry the ball from here.
at May 24, 2018