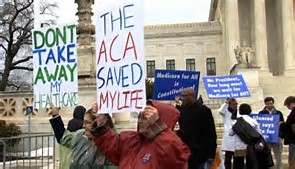 While millions risk losing their health insurance, perhaps dying as a result, Rep. Pete Sessions (R-TX), chairman of the powerful Rules Committee, thinks he has the perfect replacement for Obamacare in his POS ‘World’s Greatest Healthcare Plan of 2017.’ Sessions thought he would slip his legislation in as a model for what Speaker Paul Ryan  and the rest of the House plan to do. "Instead, Speaker Paul Ryan and his team modeled their initial bill on legislation authored by former
Rep. Tom Price." This is what Price had to say...


"...that that bill as currently written is a “work in progress,” and that future legislative and regulatory fixes will be necessary to address all of the health-care policies that Republicans hope to implement."

But the health care industry doesn't want anything to do with any of it. Seven groups speaking for hospitals, health systems and medical colleges collectively added their “significant concerns,..."


"...to the growing opposition, focusing on the prospect of sharply lower numbers of insured Americans if the GOP plan becomes law. Separately, the American Medical Association, a powerful lobbying group for physicians, rejected the bill for the same reason."

Based on health care specialists who have analyzed the Republican House bill, millions will lose coverage with Americans in their 50s and 60s as the most likely to not be able to afford the coverage. By 2020 the premium subsidies based on income would be gone, according to the New York Times. The current system would be replaced by tax credits of $2,000 to $4,000 per year, based on age. But this would leave a significant deficit from current coverage plans under Affordable Care Act requirements. Meaning, many would have to give up their health insurance.

Here's a statement from a major health care provider...


The central issue is the tax credits are not going to be sufficient, admits Dr. J. Mario Molina, chief executive of Molina Healthcare who offers coverage through Obamacare marketplaces in California, Florida and several other states.

One unhappy Trump voter says she thought he would make her health insurance more affordable not more expensive. Under the House Plan, she would get $5,188 less each year than she did under the Affordable Care Act. "I'm scared," she says. Although there are no official figures yet, a report from Standard & Poor's claims that somewhere from 2 million to 4 million people will leave the insurance because, in their 50s and 60s, aren't old enough for Medicare but can't afford the new Republican House Plan. Brookings Institution estimates even higher losses.

With this new round of opposition nationwide, the GOP is finding new resistance at every corner. The health care groups also challenged the proposed changes to Medicaid...


"...warning that they would mean lost coverage and funding cuts for a program charged with caring for vulnerable children, elderly and disabled Americans."

"AMA chief executive James L. Madara, a doctor, wrote a letter to congressional leaders released Wednesday expressing the same sentiment: 'We cannot support the AHCA as drafted because of the expected decline in health insurance coverage and the potential harm it would cause to vulnerable patient populations.'”

How many more of you get the feeling, and this dates back for years, that Republicans don't give a shit about those in need of assistance from others? I'm betting plenty. Yes, there are those who take care of the welfare system but that is limited based on expenditures by welfare recipients. And here are 7 lies about welfare that many people believe are fact. AARP has come out against the GOP bill, and even some conservative advocacy groups like Heritage Action for America, FreedomWorks and the Club for Growth have also rejected it. It's proving a bummer, hands down.


The Republican Plan will have a huge effect on Alan Lipsky of Arden, N.C. Lipsky is 60, his wife in her 50s, and they would lose $13,664 annually under the new plan. He thinks that Obamacare could be improved on, as do most of the Act's supporters, but at least it's baseline. And the GOP bill is taking this away from him with what's left unaffordable, he says. Bu the healthcare wrecking crew are determined to do it their way...


"House Speaker Paul D. Ryan (R-Wis.) expressed confidence the bill would eventually pass, even though some conservative House GOP members have railed against it, complaining it does not undo the ACA aggressively enough."

Also on the chopping block, he financial assistance available to low income people with out-of-pocket costs like deductibles and co-payments. There are some large deductibles under the Affordable Care Act but the cost-sharing reductions that are available are a big protection for low income people that end up with huge medical bills that would otherwise cause financial disaster. The insurance market itself could be in harm's way by the elimination of the individual mandate, hated from the beginning of the ACA, but evntually found to be practical.


"IT HAS been more than six years since the Affordable Care Act passed and nearly three years since its major provisions began phasing in. During that time, the rate of uninsured Americans has plummeted to a historic low. Also during that time, Republicans have blamed the law for practically every problem with the health-care system, the economy and more. But they have infamously not united behind a credible alternative."

Then Paul Ryan, who should just go back to Wisconsin and stick to making cheese, came out with his version which has ended up, along with Tom Price's version, as what Republicans are going with. But listen to this, two weak points that are pointed out by WP in the 2016 rendition...


The proposal does not say how valuable the credit would be, nor the rate at which it would increase.

The document also does not predict how many people it would cover, nor how much the plan would cost.

Whether these weaknesses were addressed in the latest bill that just cleared the first hurdle in the House and is now being debated in Committee, hasn't been revealed. Ryan, who is beginning to mirror Donald Trump in misinformation, stated "Because of Obamacare, Medicare is going broke." NPR says, "In fact, the opposite appears to be true — Obamacare may actually have extended the life of Medicare."


This year's Medicare Trustees Report says the program would now be able to pay all its bills through 2028, a full 11 years longer than a 2009 forecast — an improvement Medicare's trustees attribute, in part, to changes in Medicare called for in the Affordable Care Act and other economic factors.

What is occurring here, from the top down, is the use of lies and deception from the Republicans to 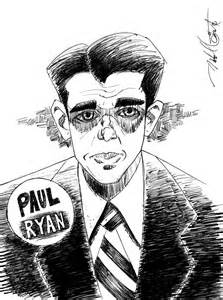 sell their programs, with healthcare just the latest issue. It rose to popularity in the days of George W. Bush and Karl Rove when prevarication was the norm. It hasn't changed. But apparently Paul Ryan hasn't differed as much as he thought in his bill with Obamacare. Here is what the experts are saying...


"And the irony of the Ryan Medicare plan, say some health policy analysts, is that it would turn the government program into something that looks very much like the structure created for insurance plans sold under the ACA."

"'The way it works is comparable to Obamacare,' says physician and conservative policy analyst Avik Roy, founder of the Foundation for Research on Equal Opportunity."

There is no way to predict just where and how far the Republicans will take their drive to get rid of the Affordable Care Act, or what they will come up with as a replacement, if they are successful. What we do know is that the American public will not be the beneficiary. It will be the wealthy and big business.
at March 10, 2017