HAPPY July 4th to all 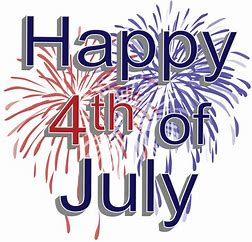 We celebrate Independence Day annually on July 4. It is the anniversary of the publication of the declaration of independence from Great Britain in 1776. Patriotic displays and family events are organized throughout the United States. It is a day for going to the beach or the lake, the mountains, hanging out by the family pool, going to your favorite amusement park or just staying at home with family and friends, barbecuing in the backyard. It is not for dictators.

Greg Sargent's piece in the Washington Post portrays the plans of the desperate, totalitarian Donald Trump in another attempt to boost his ego by making July 4th all about him. Supported by tanks and flyovers, this incompetent tyrant will actually close down Reagan National airport in Washington simply for self-gratification. Sargent says...


"The historians tell us that this is what authoritarian nationalists do. As Harvard’s Jill Lepore puts it, they replace history with tried-and-true fictions — false tales of national decline at the hands of invented threats, melded to fictitious stories of renewed national greatness, engineered by the leader himself, who is both author of the fiction and its mythic hero."

Bingo! That hits the nail right into Donald Trump's head.