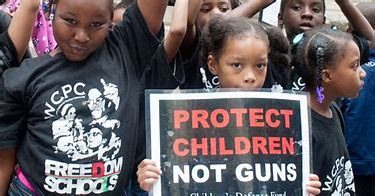 Although deceased former Supreme Court Justice John Paul Stevens made it his job to keep a check on American presidents (God, we need him now), he also made a push recently to repeal the 2nd Amendment, Following the Parkland, Florida shooting massacre...


"In 2008, the Supreme Court overturned Chief Justice Burger’s and others’ long-settled understanding of the Second Amendment’s limited reach by ruling, in District of Columbia v. Heller, that there was an individual right to bear arms. I was among the four dissenters. That decision — which I remain convinced was wrong and certainly was debatable — has provided the N.R.A. with a propaganda weapon of immense power. Overturning that decision via a constitutional amendment to get rid of the Second Amendment would be simple and would do more to weaken the N.R.A.’s ability to stymie legislative debate and block constructive gun control legislation than any other available option."

Of course, no one listened to him then but with the current demise of the National Rifle Assn. (NRA), perhaps the gun cowards in Congress, and there are many, will begin to take note.

Others think it is time to repeal 2nd Amendment

"Why not try to amend the Second Amendment? "That's from Washington Post columnist, Henry Olsen,  I like the term "try" and completely understand its use in connection with a U. S. Congress loaded with gun nuts scared to death of Wayne LaPierre's NRA. Olsen apparently feels that the complete takeaway of all guns is a mistake, but also bemoans the possibility of Trump adding another conservative justice to SCOTUS, which would take at least ten years to undo.

The writer proposes the following...


"A revised Second Amendment could spell out the relationship between public safety and private rights in more detail. It could give clear safeguards for people with no history of legal trouble or mental instability to continue to own guns while giving more authority to the government to guarantee that only people unlikely to misuse guns would have them."

I might even be able to live with that as long as the right to carry weapons outside the home is banned, along with all assault rifles. At the same time, we would close the gun show loophole, add mandatory background checks and forbid straw purchases. Now that is definitely a neat package.


"In states where laws requiring universal background checks for gun purchases had been in effect for at least five years, rates of fatal shootings involving young victims were 35% lower than in states without background checks."

“Approximately seven U.S. children die from firearm-related injuries every day,” said Dr. Monika Goyal, lead author of the study and a researcher at Children’s National Health System and George Washington University in Washington, D.C. About 62% of the 21,241 deaths analyzed were assault-related, and nearly 69% occurred among 18- to 21-year-olds. About 87% of the deaths were in males.

The study warns, parents should think twice about bring guns into the home, and always inquire whether there are guns in the homes where their children go to play. “Take the risk that you may offend someone, rather than putting your child at risk of fatal or irreversible injury,” said Dr. Judy Schaechter, coauthor of an editorial accompanying the study and a professor of pediatrics at the University of Miami Miller School of Medicine.