Today is Martin Luther King Day, the same date in 1968 King was asasinated standing on a balcony outside his second-floor room at the Lorraine Motel in Memphis, Tennessee. I lived in Memphis for several years in the 50s and 60s, know where the Lorraine motel is, and know how racism must have been festering in the South on that date. It still is, and isn't just in that part of the country. But now, because Covid-19 origiginated in China, the bigots are afrer Asians.

It would be nice if we could celebrate some progress today, but, unfortunately, it has gotten much worse, thanks in part to Donald Trump.s four years in the White House. My post of August in 1999 dociments the antics of some of the worst offenders: "Racism at its worst in the U.S.today documented." I called these incidents, "Horrifying examples of racism in the United States." I am appalled at the face of one woman and the finger of the other.

Here's one I posted in 2012, commenting on racism in the state of Mississippi, "At best, Mississippi is an apologetic racist state." I spent time in the state, once lived there, but mostly in the late 50s and 60s in a sales position and remember blatant use of the "N" word. Here's an excerpt from that post...

To say that racism is no longer prevalent in the South is pure bunk. But this problem isn’t confined to the Southeast region. I now live in Arizona and can attest to the fact that this state is one the most racist I have ever been in. The modern take on racism has moved into the 21st Century to include Hispanics, and racial fanatics like former Arizona State Sen. Russell Pearce who authored anti-immigration bill SB-1070, signed by his partner in prejudice, Gov. Jan Brewer.

I live in Arizona and can verify regular bigotry still exists here. Just recently the 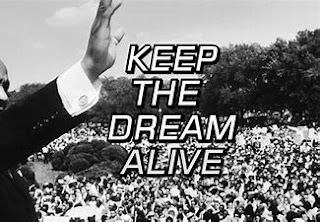 pro-basketable team Phoenix Suns were accused of racism targering the owner Bob Sarver and his wife. Another 2019 post is a "Welcome to rampant racism for the ages," which covers the global aspects of this discrimination. Here's a passage from that post...

The U.S. doesn't have an exclusive on racism; it is worldwide, says the site Global Issues. It also suggests an interesting concept that racism is a "misunderstanding of Charles Darwin’s theories of evolution." It goes on...

Since the above is pretty lengthy, please read it in the blog. And another on 2017, "Donald Trump-Jeff Sessions share history of racism." I recall here a quote used repeatedly by Trump while still in office, "[I'm] the least racist person that you’ve ever encountered?" You know what happened between Trump and Sessions. And here is another post where I ask, "Is racism still a dirty word, or...just accepted today?" The answer is an unequivocal YES! Hre's how I start the post... My take is that it is definitely a dirty word, even many racists would agree with that, but it is like one of those rogue genes that are the basis for a particular kind of behavior which allows those who have it to justify what they do. I grew up in the South, fighting with racists all my life, even within my own family, and when I finally left in the 1960s, there were still lynchings of black people, their houses being burned to the ground, all orchestrated by the Ku Klux Klan.

As a very young man, I once watched a Klan lynching, hidden behind bushes since I knew I cold be next if they saw me. I was with two other kids my age, friends until I witnessed them chortling to themselves in support of what was going on. It is my feeling that this illegal racist execution is what solidified my hatred of racism. It has never changed. These are a few of my blog posts on racism, but you can see all of them here.