The Agony of Stupidity...Will Pissing Off Anti Vaxxers Result in More vaccinations? 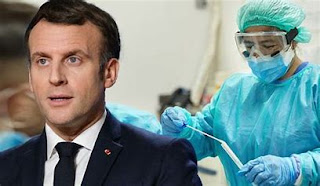 French President Emmanuel Macron is doing it in his country due to the recent surge of the Omicron virus hitting France and the rest of the world. Macron said...

"he wanted to “piss off” millions of his citizens who refuse to get vaccinated by."

Now that's novel and am sure heads of government worldwide are watching to see the results, hopefully Macron's success. But politics are involved as the president indicated it was better to alienate anti-vaxxers who would never vote for him anyway. There's more...

"Using his harshest language yet to urge the recalcitrant to get their shots, Mr. Macron said he would not “throw them in prison” or “vaccinate them by force.” But he made it clear he meant to make their lives harder."

I don't know exactly what the strategy of "squeezing them out of the country’s public spaces" means but if it refers to isolation and ignoring them, I am for that. No one likes to be ignored and this act could help shut down the anti-vaxxing movement. As of today, France has 11,511,452 cases, 314,604 deaths. The country just picked up 328,214 more cases and added 193 deaths. Right now they are running close to the U.S., a much larger country, in new cases.
Watch the out-of-control partiers on Sunwing Airlines...
And speaking of the U.S., we are currently seeing 60,002,978 total cases, 857,165 total deaths. There were 438,862 new cases on Friday, 1,063 additional deaths. Still, we are facing people dying by the day because they did not get a vaccination. Here's a case from Orange County, California...

"Kelly Ernby — a GOP activist known for her opposition to vaccine mandates — has died of COVID-19 at the age of 46, according to the Daily Pilot."

Ernby was an anti-vaxxer even before coronavirus, objecting to req1uiring children to get their shots before going to school. It seems to me only a complete imbecile would object to protecting the school population against things like measles, chickenpox or other diseases.

Turning next to an Arizona couple who apparently thought they were invincible, as 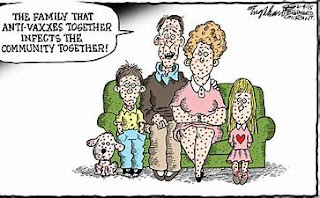 have so many other anti-vaxxers. The article says Bob and Sue Walker were inseparable during more than 44 years of marriage, "they were soulmates." Neither was vaccinated and they both had health issues, and they were separated in the end, dying on different floors of a Phoenix hospital.
And here is one of the best anti-vaxxing stories I have heard so far. A Canadian group chartered a Sunwing plane to take them from Montreal to Mexico. They filmed themselves partying without masks...

"Videos of the 30 December flight shared on social media show
unmasked passengers in close proximity while singing and dancing in the aisle and on seats. In one video, a large bottle of vodka appears to be passed among passengers and a woman appears to be smoking an electronic cigarette."

The gang was so unruly that Sunwing cancelled their return flight. Later, three other airlines refused to provide them passage back to their home in Canada. It was so bad, Canada's prime minister, Justin Trudeau, called them "idiots," one of the best descriptions of anti-vaxxers I know of since it represents the lowest level of mentality. They face fines (U.S.) $3,900 for each infraction. If they can't pay, I say throw them in a Mexican jail.

Maybe Macron and Trudeau can get together and come up with a strategy between the two countries that will get vaccinations going worldwide. Unfortunately, we haven't had that luck in the United States.