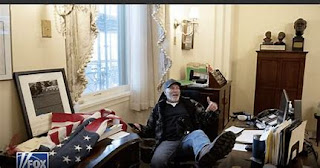 The GOP has long forgotten the mission of Congress, which is to make the United States, and the world, a better place to live in. They don't want a better place. They only want control, and led by Moscow Mitch McConnell, they have been working in this direction for several years now. If they succeed in taking over Congress and the White House in 2022 and 2024, they will get their wish. They will have Democrats in the concentration camp of their making.

Here's the definition of a concentration camp...

internment centre for political prisoners and members of national or minority groups who are confined for reasons of state security, exploitation, or punishment, usually by executive decree or military order.

At this point, Democrats will be the minority group of power, destined to live under a dictatorship of the chosen one that next rules the Republican Party. Currently in authority is, of course, Moscow Mitch and Kevin McCarthy. Others might include Mike Pence, Rand Paul, Ted Cruz, Tom Cotton, John Cornyn and a host of others. I would doubt id if any self-respecting leftie would agree on any of this gang of idiots.  Mitt Romney, now, might work.

Jennifer Rubin of the Washington Post says in an opinion piece, "The GOP isn’t even trying to sound coherent anymore." And in the disjointed rhetoric is an indication of how this body of morons is acting. There is a picture of Ron Johnson, Sen. from Wisconsin, in the article, which I assume is an illustration of current GOP idiocy. An avid anti-vaxxer, instead of getting vaccinated, Johnson just this past December recommended gargling with mouthwash to "kill the coronavirus."

Republicans Are Running Against Democracy Not Democrats | Rachel Maddow | MSNBC
Unmentioned in the potential dictators above, is ex-president Donald Trump, not an oversight, just anticipation that he has finally become a has-been. Not so when Rubin designates him as "the undisputed head of the party," and she is much closer to the Washington political circus than I. She describes his "babbling" cancellation of his Jan. 6, press conference at Mar-a Lago, adding...

"Even nuttier than the statement itself was the entire Republican Party’s refusal to remark upon his aberrant behavior."

And here lies the horror of seeing the GOP in control of this country. A lunatic as the dictator, and hundreds of maniacal minions bowing at his feet. In the meantime, the U.S. slides back into the downward spiral we went through from 2016 to 2020. In the Guardian, "One-party rule is now the credo of Trump and his followers," with a sub-headline, "An illiberal democracy, similar to Viktor Orbán’s Hungary, is increasingly the model for Republicans."

This is scary and could be partially realized by the end of this year. More from the 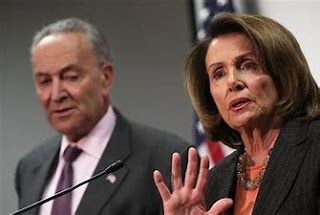 "The first anniversary of the invasion of the Capitol approaches, our cold civil war grows hotter by the day, and the numbers tell the story. A majority of Republicans view the attack as a defense of freedom (56%) and just under half (47%) cast it as an act of patriotism. For good measure, one in six Americans approve of the events of 6 January 2021, including nearly a quarter of Republicans."

The Democrats are a pathetic bunch who mean well but apparently have completely forgotten how to wager a political fight for their life. If someone on the left doesn't turn up the heat soon, we'll only be able to experience democracy in the history books.