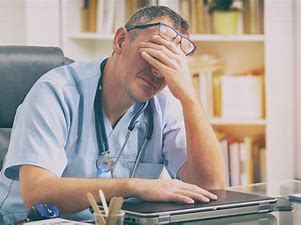 NBC says "doctors spreading lies are facing almost no consequences for what they’re doing." You've heard it before...you should be honest with your doctor so he or she can provide you with the best medical treatment. And, the Hippocratic Oath demands as much of physicians. You trust the doc, so, if they go online and come up with some disinformation for either attention or for profit, some will believe it, no matter how false or bizarre. It's happening every day on the Internet.

The Associated Press reports that 70% of Americans trust doctors "according to the poll from the University of Chicago Harris School of Public Policy and The Associated Press-NORC Center for Public Affairs Research." This is bipartisan among Democrats and Republicans; as well as equal among men and women; and white, Black and Hispanic Americans. In addition, nurses are trusted 79%, pharmacists 75%, but hospital executives only 22%.

"But a vocal minority of doctors are undermining this relationship and taking advantage of the public’s trust by intentionally spreading Covid misinformation and disinformation."

"From making false claims about vaccines to offering to sign medically unnecessary mask exemptions in exchange for payment, these “disinformation doctors” are amplifying lies and often profiting from a cottage industry of social media posts, websites, live and virtual conferences and podcasts."

This is scary as hell since it is obvious that some of this misinformation must have resulted in deaths. And that is why physicians who do this must be held accountable. Have you heard this one?...

"Across the country, physicians have falsely claimed that Covid vaccines change people’s DNA, that the vaccines have been proved ineffective at preventing Covid and that the vaccine has killed more people than the disease itself."

One must wonder why those poor souls out there who believe this crap don't take the time to check it out. But, the fact that they don't is what these bogus physicians depend on. And the worst part is...

"these doctors are facing almost no consequences for what they’re doing. Data shows that nearly every state medical board — the state-sanctioned government agencies with the authority to license, investigate, discipline and regulate medical doctors — is failing to hold these doctors accountable."

They stick together and protect each other. Bet you have been in the position where 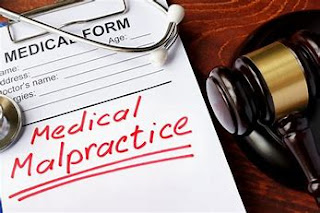 you criticized one doctor to another and the doctor you are talking to makes excuses for a colleague, just because they are another doctor. There have been warnings from the Federation of State Medical Boards, which represents the nation's 71 state medical boards. Here's the scenario...

“Physicians who generate and spread COVID-19 vaccine misinformation or disinformation are risking disciplinary action by state medical boards,” including having their licenses suspended or even revoked. In December, the federation shared survey findings showing that two-thirds of state medical boards had seen an increase in complaints “related to licensee dissemination of false or misleading information.”

Here are the results...

only 12 of the boards — just 17 percent — reported taking disciplinary action against those disseminating false or misleading information.

The figure of 17% is abysmal and just proves doctors are bound together to protect each other, which puts patients in a precarious position, in some cases a life or death situation. So what do you do? You've heard the age-old phrase, 'If it looks too good to be true, it probably is.' Take a minute to check out what you hear, especially from the Internet, and report anything that looks fraudulent. It could save your life, as well as others.