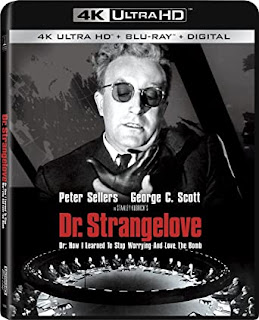 Several of the media have published articles lately that purport to know both the current status of and projected direction of Covid-19. They are enlightening but don't carry the credibility of DATELINE'S, "What, Me Worry? Government Officials Downplay Covid-19 Panic Even As Case Counts Soar." Has someone finally discovered the approach to measuring and reporting the coronavirus pandemic? The analogy with the Stanley Kubrick film, Dr. Strangelove, strikes gold...

more and more of those with pandemic fatigue across the nation are starting to recognize the film’s sub-title as the way they should be carrying on: How I Learned to Stop Worrying and Love the Bomb.

The author, Bruce Haring, sets the stage with comments like, "some officials appear to be tossing up their hands," and "The federal government has already said they have no solution, kicking the can to the states." Sounds like the wheels are coming off but in retrospect, we can actually see light at the end of the tunnel. That light comes from states with governors that realize the potential damage from Covid, but take a levelheaded approach. 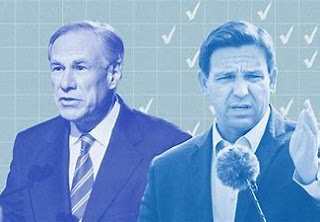 reason to brand these two lunatics, killing machines, their two states alone with a total death toll of 139,463. That's 16% of total U.S. deaths.

Here's the scenario from four governors, one, Phil Murphy, a Democrat...

Utah Gov. Spencer Cox has suggested Covid-19 and its variants could be treated more like the flu. Ohio Gov. Mike DeWine is focused on voluntary mask wearing and vaccinations. “We don’t have the practical ability to really put on a statewide mask order at this point,” DeWine said in late December. “I don’t think it’s appropriate at this point. We have the vaccine. We have the tools.”

New Jersey Gov. Phil Murphy echoed that approach. “Here is what we need everyone to really take to heart — the need to mask up, to get boosted and to just practice common sense,” Murphy said.

South Carolina set a record for positive tests over the New Year’s weekend. But Gov. Henry McMaster took it in stride. “If you get real sick, there will be room in the hospitals,” he promised. “There’s no need to panic. Be calm. Be happy. We just had a great Christmas season. Business is booming.”

Haring calls California a "nanny" state where Gavin Newsom feels his people will "self-enforce and do the right thing.” However...

Over the last week, California has seen an average of 54,695 new coronavirus cases per day. That’s the highest rolling total of the pandemic. The previous high in the surge was about 46,000 cases per day last winter. 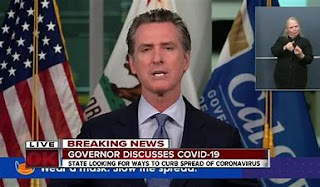 At least Newsom has his head on right and not up his hind end like Abbott and DeSantis. Continuing...

hospitalizations are also not skyrocketing in the big picture. Data from the Centers for Disease Control and Prevention shows the rate of those infected with Covid-19 who are hospitalized has dropped 50 percent in many locations compared to the record highs seen a year ago. Three percent of cases are admitted to hospitals, the CDC data shows. While percentages may be up, that’s not indicative of imminent armageddon.

Georges Benjamin, executive director of the American Public Health Assn., feels the recent events are a transition of the virus and that we will be able to live with it. Just like the bomb. This is somewhat confirmed by a number of recent assurances by experts that the major variant, Omicron, is peaking. This article supports these assertions.