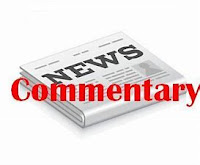 Donald Trump has been acquitted in the impeachment trial even with seven Republican Senators crossing the aisle and voting for conviction. Moscow Mitch releases a glaring put down of Trump, yet votes to acquit him. Lindsey Graham got his nose out of Trump's butt long enough to vote to acquit. Greg Sargent's prediction in the Washington Post was fulfilled...

"Mark it now: The vast majority of them will agree that the storming of the Capitol was an abomination and that the perpetrators must be held to account. But little by little, many will migrate to a place where Trump himself is absolutely and comprehensively exonerated from any culpability for inciting it in any way."

It is frightening for sane thinking people--yes, there are still some left--who have come to realize that Republicans have absolutely no honor left. This radical right would let a lunatic go in the face of overwhelming evidence that he committed terrible atrocities while in office. Donald Trump will go down as the most vile and corrupt president to ever serve this country, but also the world's most effective con man. But these morons in the Senate acquitted him.

And if this isn't enough, there is a new proliferation of self-proclaimed "prophets"

who, according to Alex Henderson of AlterNet, "are known for making political predictions." Ruth Graham of the New York Times reports that "some of them have turned out to be way off in their predictions." Graham adds...

"Such 'prophets,' according to Graham, are likely to promote political conspiracy theories."

These heretics operate mostly online and are, according to Graham...

"are part of the rising appeal of conspiracies in Christian settings, echoed by the popularity of QAnon among many evangelicals and a resistance to mainstream sources of information."

But let me tell you, there is no bigger threat to this country--that is other than Donald Trump--than Fox News anchor, Tucker Carlson. I wish someone had done the same tally on him as they did on Donald Trump lies. However, there are a couple of PolitiFact sites here, and here. that will give you an idea just how deceitful and dishonest this lowlife is. Max Boot of the Washington Post says...

One of Carlson's specialties is promoting vaccine conspiracies, which influences people in the wrong direction and a major threat to their health. He is the epitome of an anti-vaxxer, anti-masks, anti-distancing, all rolled into one pompous moron. Tucker Carlson is the go-to for far-right extremists who, according to AlterNet "have the potential to mount a coordinated, low-intensity campaign of political violence." From the Proud Boys to QAnon, these noodle-heads are dangerous.

"Several U.S. security experts say they now consider domestic extremism a greater threat to the country than international terror. According to my [The Conversation] research on political violence, the U.S. has all the elements that, combined, can produce a low-intensity terrorist conflict: extreme polarization and armed factions willing to break the law, in a wealthy democracy with a strong government.

The article points out that during modern days, civil wars only break out in poor countries where leadership is weak or non-existent. Yet, Donald Trump, in his four years in office has driven the powerhouse United States to the point of all-out insurrection with a radical faction that only seems to get stronger. Joe Biden is busy with controlling the COVID-19 pandemic and there are other issues on his plate like immigration and minimum wage but we all must look out for the radical right.