Excepting hunters, ALL guns should be kept at home 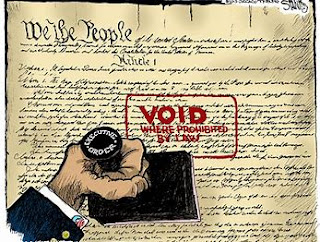 There have been numerous attacks on the 2nd Amendment, and I won't quote it now because it has been done hundreds of times and most people know its details. The problem is that the two factions in the gun violence dilemma, the gun control advocates and the gun rights advocates cannot agree on the interpretation. The 2nd is ancient, written by men who believed at the time there was a challenge by the U.S. government to take away their rights.

That was 1791, over two hundred years ago, and things have changed dramatically, but the gun rights gang doesn't believe that justifies the control of their guns, all 390 million of them. Incidentally, the current U.S. population is 329 million. Looks like the NRA came up at least 1 million short. In all sincerity, does any fair-minded person think our country needs that many guns? But wait, Wayne LaPierre, the NRA's head gun nut believes we need even more.

America comes in second in firearm-related gun deaths around the world with 37,200 annually; Brazil is number 1. However, as you can see in this illustration, the U.S. ranks higher than a lot of violent nations. With this said, there's a controversy going on in Utah re. just where these 390 million gun owners can take their weapons. Steven. F. Alder of The Salt Lake Tribune feels the two sides must come together, offering this as guidance...

"Let’s adopt a rule from that old Johnny Cash song: 'Just leave your guns at home boys, don’t take your guns to town.'”

Good advice but apparently the Utah Legislature and Gov. Cox don't agree because they support "the right to carry a concealed gun without a permit." There is some ridiculous reasoning for their thinking that could only come from a Republican.  But Alder wants the guns to stay at home, no matter the governor's logic. Here's Alder's thinking...

"We need legislation making it a crime to bring a gun to any public meeting of any branch of government and especially to any protest. It should not just be illegal to have a gun in court, but also at legislative and executive branch meetings. Most importantly, it should be illegal to take a weapon, concealed or open, to any protest or demonstration. Those bringing a weapon to such events should be arrested — not protected!"

The author is making his point in relationship to the state of Utah and its government agencies, but the concept is appropriate not only for state properties, but also for the private sector. State gun laws for gun owners have become so lax that anything goes, and I do mean anything. As an example, in Arizona all that is required to buy a gun is to produce a warm body. And what is even more farcical is that you can take guns into bars, reinforcing Alder's piece.

A well regulated Militia, being necessary to the security of a free State, the right of the people to keep and bear Arms, shall not be infringed.

Where does it say, or even infer, that an individual can bear arms in a bar? And where does it say even an individual can bear arms; I believe the terms used are both "Militia" and "people" when it refers to having a weapon. And then there is the phrase "being necessary to the security of a free State," a statement that would indicate necessary protection from tyranny; well, folks, we are talking 1791 when this Amendment was passed.

This is 2021 and the only recent tyranny we have experienced is Donald Trump and I am not sure he even owns a gun. The gun rights issue is pure malarkey. Pew Research Center says that 60% of the American public favors stronger gun laws. On the other hand, the NRA, led by head gun nut Wayne Lapierre, would have you believe that more guns on the street is the answer. Gun violence is its own pandemic but, in this case, we know the source. Read more...